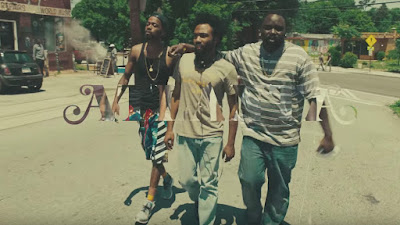 On what is usually an uneventful TV night, Tuesday found me having to make a few hard choices. Among them were the much-anticipated Oprah Winfrey-produced-Ava DuVernay-directed original dramatic series, "Queen Sugar,"; one of my favorite sports-meets-human interest series, HBO's "Hard Knocks"; or FX's new, left-of-center comedy, "Atlanta." Based on the title of this post, it's no surprise which one I chose to dive into first. God bless the DVR.

I'll admit, I purposely stayed away from any reviews, or should I say previews, about FX's newest offering, choosing instead to be "surprised" for what it had in store. So outside of its literally backward running promos, I was clueless. Now, I will say, I may be a tad biased as I've been a fan of its lead actor, comedian Donald Glover a.k.a rapper Childish Gambino, for some time. The former NBC "Community" sitcom star has been steadily making his way up the Hollywood ladder, complete with a few sidesteps and unnecessary attacks, in particular when the Internet went into a frenzy with speculation of him being Spiderman's next Peter Parker (Personally, if they were going to cast an African-American to play the Webbed Wonder, I literally can not think of anyone else BUT Donald, but I digress. Shame on the racially narrow minded. Next). While Glover donning a mask anytime soon remains to be seen, in the meantime, he's making his mark in the Dirty South. And so Atlanta begins. 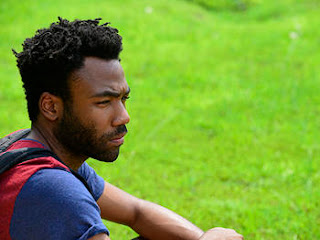 With quick-witted, dead pan, humor, I was only five minutes into episode one before I found myself giggling...and then I realized those giggles continued throughout, which let me know I was sold on the show only halfway through its 30 minutes. In what feels like Adult Swim's "Black Jesus" meets a real-life episode of Nickelodeon's "The Boondocks," Glover plays Earnest "Earn" Marks, a 20-something, Princeton dropout, airport working, bus riding, kicked out of his parents house (let's say, for not being focused), single father, whose daughter's mother has no problem letting him know she has a date, only moments after crawling out of bed with him. He has dreams of making it. Making it in what, he's not yet sure. However, the first episode finds him discovering a possible path to success by managing his local rapping cousin, Alfred a.k.a. Paper Boi. But Paper Boi, who considers Ernest more "Martin and not enough Malcolm" is not convinced he has what it takes to take his music career to the next level. And that's just the doubt Ernest needs to push himself--and, thus, the series--forward. In keeping with the style of its promos, the episode begins at the end before backing up and showing how it got there. And let's just say it ends and begins with a bang--literally and figuratively. 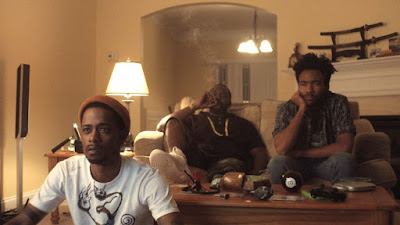 Complete with a supporting cast of characters that we've surely all seen before--the rapper; his-always-high sidekick; the party-hoppin' best friend; the on again/off again girlfriend--Atlanta somehow makes it all work, while also making it feel fresh and new, even while employing stereotypes you'd come to expect. However, it does do its part to cast a conscious eye on real-life issues plaguing the black community. That's wholly due in part to Glover's unique ability to play a character that wears both optimism and pessimism like a perfect pair of pants, questioning all that sees, while pursuing his dreams with both boyish charm yet grown-up realness. He's not the hardcore gangsta or wannabe thug from the 'hood. He's just an every day guy smart enough to know the real money making happens behind the rapper yet naive enough to even bother gambling on making it in the dog-eat-dog music business in the first place. You root for his success but, deep down inside, know he's always going to be one step behind in his quest to reach fame on his terms--a quest that's probably going to go very wrong before it's even close to going right. And that's a premise that can keep a show like Atlanta, with both slick humor and gritty, Southern street style, going for a while. Will it? That--and ratings--remains to be seen. But, if the series keeps the same momentum as its first episode, I'm here for it as long as it's here for me.