The Great Comeback: From the Holy Land to Hip Hop 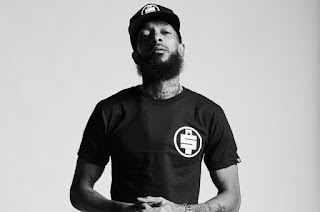 On this 11th day of April, as those in the hip hop community and beyond, celebrate the life of rapper, entrepreneur, and business man, Ermias Joseph Asghedom, professionally known as Nipsey Hussle, I must be honest in admitting though a fan of the music genre, I didn't know Nipsey's music or much about the now legendary man behind the moniker. As is often (and unfortunately) the case, our true greatness is elevated by and often not recognized until death, as is reflective of the accolades, tributes, citations, and celebrations given in Nipsey's honor from those who lived on his block to those in the highest offices (most notably Rep. Karen Bass (D-Calif.) commemoration of him on the House floor and of President Barack Obama's letter of condolences read at Nipsey's homegoing services).

It was without question that the late rapper--though on earth a mere 33 years--had done what many from any walk of life, most notably, the inner city, struggle to do: turn a bleak nothing into a great something. More explicitly, to take street knowledge and transform it into a knowledge of economic empowerment and ownership that both changed his life and the lives of those in his community through the creation of businesses and thus jobs, green space, real estate, and countless other ventures with a projected value of over $210 million. However, I still felt only a distant adjacency to the impact Nipsey made, having no real awareness of his works or his words. Yet, driving from a conference in the Ohio Valley over the weekend, I desperately searched for a radio station in range playing anything to my liking to make the trek from the Valley to the airport an easier one. My search landed me on Magic 95.5 and the Straight Talk Live with Khari Enaharo show. It would be no surprise to me that the show, which focuses on the economic and political issues that impact the African-American community, would open in homage to Nipsey. 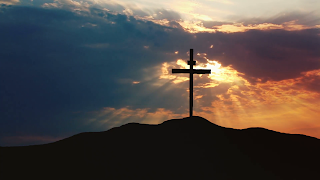 Yet, what gave me considerable food for thought were some lyrics from one of Nipsey's tracks "Bigger Than Life" that Enharo recited: But I don’t want no help, just let me suffer through this/The world would not know Jesus Christ if there was never Judas. Whether the world would have known Jesus or not had it not been for his conspirator can be debated, but what is both very prolific and an appropriate reflection during this Resurrection season, is that Judas indeed served as the catalyst that caused the set back for the set up that led way to Christ's great comeback, both literally and figuratively. In layman's terms--and what Nipsey's lyrics reminded me--is that our disappointments, discouragements, struggles--and even our enemies--can be used to fuel our greatest victories. 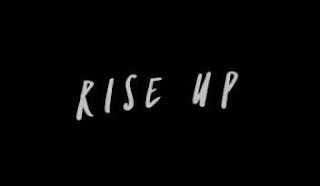 NBA veteran Kobe Bryant once said, "Everything negative - pressure, challenges - is all an opportunity for me to rise." Taking it a step further, how we view those challenges determines whether we'll settle in our circumstances or see them as stepping stones toward our greatness. My mother often said, "In every life some rain must fall" but she also reminded me that every day was a new day to do better; be better; start again. To grow; to learn. To fall; to rise; to reclaim. Thus, as we celebrate the life of Nipsey--and the many lives of those living or who have passed, whose demonstration of perseverance, change, and re-birth despite challenges, inspire us to keep going, may we be reminded of Paul's words in 2 Corinthians 4:8-9 "We are pressured in every way but not crushed; we are perplexed but not in despair, we are persecuted but not abandoned; we are struck down but not destroyed...." 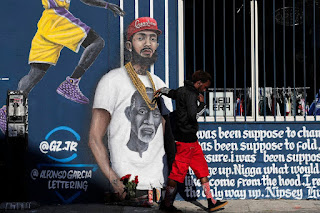 In the memory of those who rose from the ashes of their own circumstances to create a place of promise and prosperity for themselves and others, and as we "run our own marathons," may we always be motivated to be better and do better in spite of.