The Baby or the Bathwater: Examining the Cosby Show 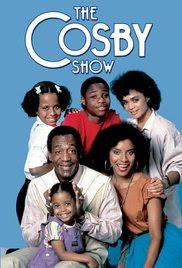 In a summer that felt remarkably short, its list of notable news items--from #MeToo rallies and Russian Summits to Lebron announcing his move to the Lakers and the loss of the Queen of Soul--has been remarkably long. However, not to be outdone, the fall season is coming in "chilly" with the breaking news that comedian, philanthropist, TV star Bill Cosby has been sentenced to three to 10 years in state prison for drugging and sexually assaulting Andrea Constand--a claim defended by 50+ women, who spoke publicly and/or gave testimony regarding their related experiences with Cosby. Cosby's request for bail has been denied, he was immediately placed in handcuffs and transported to begin serving his sentence, and a year-plus-long trial has come to a definitive end. 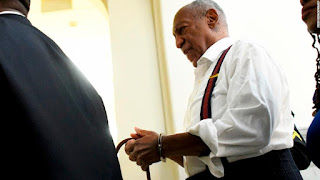 Despite the celebrations across social media juxtaposed against the outrage from those noting everything from the swift prosecution of "another black man" in the twilight hours of the possible appointment of Supreme Court nominee, Brett Kavanaugh, who is also being accused of sexual assault by three victims thus far to the blatant reality that a Commander in Chief sits at the head of our Free World with a closet full of the same sordid laundry, makes the disbelief somewhat plausible. But the judge has spoken, and I am not here to neither defend or condemn Cosby. After all, I didn't know him. I did, however, know Dr. Heathcliff Huxtable. We all did. And for that, I WILL defend what that character meant to the correcting of America's lens, because for every black garbage man that lived up the block, we could also point to a black doctor that lived across town. And this reality gave white America (and unfortunately some in black America) a crash course on the "levels of blackness" and in dismantling the often misguided notion that we are a monolithic people. 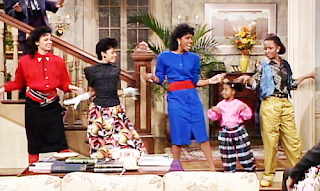 In fact, I recall quite vividly being a freshmen at Howard University in an English Composition 101 class during a discussion about the influence of pop culture on society in which the Cosby Show was of topic. So imagine my surprise when a young sista immediately blurted out "I don't find that show realistic at all! I mean, come on: a black doctor husband and a black lawyer wife?" To which I immediately responded, "If that feels so unrealistic to you, then why are you at Howard?" Believe me when I say my question was not rhetorical or in jest; it was asked in complete disbelief that a student would walk the halls that produced black excellence for decades in the form of doctors, lawyers, politicians, and entertainers, and yet view her own quest for success as an unobtainable dream. Believe me when I say I think of that young woman from time to time and wonder if her years at "the Mecca" erased her limited thinking and instead created in her a profusion of possibilities that would rival any TV show. But it also validated the argument that if the vision of a successful black family rang foreign to a college freshman, there were a lot of people in the world who also needed to be educated and the show had a purpose to fulfill. 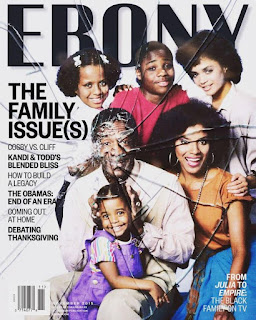 Because of this, and despite the rescinding of numerous accolades awarded to Cosby from the esteemed Kennedy Center Honors prize to dozens of honorary degrees from the Berkeley College of Music to Johns Hopkins University to Boston College, the most disappointing mass move to dismantle the legacy of Cosby was the attempt to erase The Cosby Show from TV--and dare I say Black--History. It goes without saying that the first thought in most networks' decision-making to eliminate the show from its syndication lineup was to avoid public backlash and, thus, lawsuits. However, the second thought was undoubtedly to prevent "rewarding" Cosby any further revenue stream in the form of residuals as to not contribute to his already $400 million net worth. However, when networks began to put their decision into swift action (in which I feel was mostly driven by "herd mentality" and pressure from the court of public opinion) my immediate thought was how the Cosby Show's other stars, co-stars, and 100+ guests would be affected, whose current incomes also were tied to the residuals of the show moreso and had nothing to do with the deeds of Cosby. 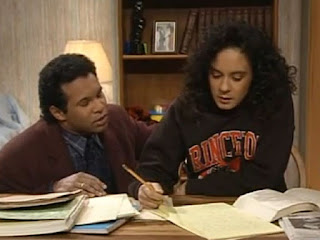 My thoughts were confirmed on August 31st when fellow Cosby Show' actor Geoffrey Owens (a.k.a. Elvin Tibideaux who played oldest daughter Sondra's lovesick boyfriend turned doctor husband) was spotted and reported as bagging groceries at a New Jersey Trader Joe's. While many applauded Owens tenacity in doing honorable work to support his family, despite having acted in a few shows since the Cosby Show's 1992 ending, Owens admitted money became tight when networks began yanking reruns from the air following the accusations against Cosby. “That was one of the many factors that contributed to my decision to take a job outside the entertainment industry,” Owens told TheWrap. “[The networks' decisions] did not help me financially.” 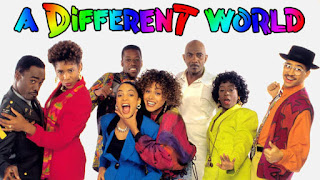 And that, my friends, is what the old folks call throwing the baby out with the bathwater. For in the rush to play judge and jury, and try Cosby in the court of public opinion before we ever let the law serve justice, more than just the accusers' lives were altered and more than just a TV show was lost. Instead a period in television history that served as a viable money stream for some and a monumental moment for an entire generation of people was destroyed. However, I am happy to see that there are networks and services (I see you, TV One and Amazon Prime) who have taken this into consideration and restored the Cosby Show--not Bill Cosby--to its iconic place in history. The show's legacy changed mindsets and thus lives--black and white--for the better, just as A Different World (another Cosby production) did, resulting in an increase in the number of black students who enrolled in historically black colleges and universities during the show's 1987-1993 run. Yes, William Henry Cosby Jr.'s name will now be forever tarnished, but we can't afford to have his deeds impact the art that stands on its own merit. After all, these shows are fictional, but their impact is indeed real and should not be tossed away or forgotten--for that would be a judgment that does not fit the crime.