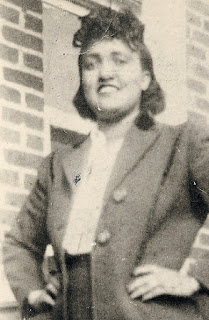 On Saturday, HBO debuted the story of one of American history's greatest medical miracles made possible by one of African-American history's greatest unsung heroes. Although the story was quietly known in medical circles and also addressed in a four-page June 1976 Ebony magazine article titled "The Miracle of 'HELA,'" most Americans had no idea that the research which led to advancements for cures in treating polio, tuberculosis, cancer, Parkinson's disease, HIV, and numerous other diseases, were made possible by the most important cell line in medical history: the immortal cells of Henrietta Lacks; cells that continue to multiple until today.

Lacks, a then 31-year old African-American mother of five from Baltimore, Maryland, found herself at the center of medical history on her death bed at Johns Hopkins Hospital, when upon being treated unsuccessfully for cervical cancer, her cells were taken, tested, and multiplied for scientific advancement all without her knowledge, the knowledge of her family and, most shockingly, without any compensation for her remaining survivors; compensation that still has not been received. 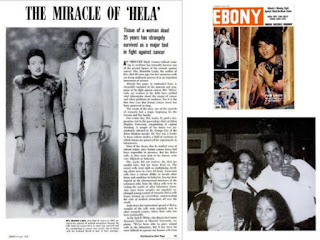 Just as swiftly as Lacks was making history, she was also being erased from it by doctors who in 1951 changed her name to Helen Lane to hide her identity and then used the first two initials of that first and last name to identify her cells. And that's where Lacks' story ended for many, until a young freelance, science writer--Rebecca Skloot--heard of the immortal HeLa cell line in a biology class and was ignited to learn all she could about Lacks, in an attempt to bring her story out of the darkness of lab rooms and into the spotlight for all the world to know. Thus, the biography "The Immortal Life of Henrietta Lacks" hit bookshelves with rave reviews in 2010, stayed on the New York Times best sellers list for six years, and was re-birthed on the television screen this past Saturday. 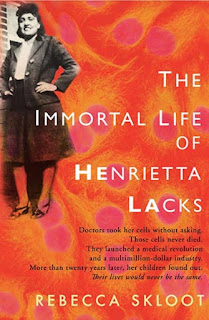 Produced and starring Oprah Winfrey as Lacks' daughter, Deborah, and starring Rose Byrne as Skloot, award-winning director George C. Wolfe's attempt to bring the complexity of Lacks' life, death, family, and unsung heroism from the page to the screen would prove challenging. Personally, having read Skloot's biography when it debuted, each night I committed to the novel was a roller coaster ride filled with frustration, disbelief, and personal pain, having lost my own mother to cancer a few years prior. Though I was 30 when I lost my mother, the Lacks children were far younger at her death, and the inability to manage life without their matriarch led to a family legacy wrought with crime, depression, and mental illness, exacerbated by years of confusion and fatigue in their struggle to learn who their mother was (in particular, for the children who were too young to fully remember her) and adequately tell her story. As Skloot carried readers on a long, arduous journey to deliver Lacks' story, told primarily through Deborah, unpacking such an enormous yet mysterious life was surely daunting for Skloot but was, nonetheless, done masterfully in 381 pages. Like a hearty meal, Skloot's masterpiece required slow, careful digestion. 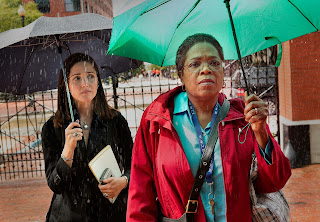 This is why Wolfe's adaption at a mere :95 minutes could not begin to do Lacks or her family's story the justice it continues to deserve. As are many of us, Lacks' children and relatives are both colorful and complex, in having to live in the shadow of their mother's enormous legacy yet without receiving any true acknowledgment of her life. Though Lacks physically left them over half a century ago, the concept of her "living" on for eternity is as hard for them to grasp as it literally sounds. However, on screen, the portrayal of these offspring feel rushed and one-dimensional, without much feeling or depth to unveil the pain they bore and continue to bear. 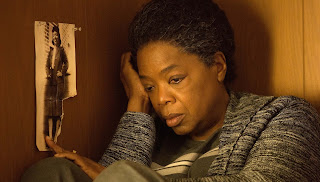 Further, Oprah in the leading role as Lacks' troubled, youngest daughter struggling with bipolar disorder, while uncovering the mystery of her mother's immortality, is both a blessing and a curse: a blessing as her name alone most likely drew many to the HBO adaptation where many possibly first learned of Lacks, but a curse in that, with a persona as large as Oprah's, it distracts from the real character: Lacks' story itself. There's not much Oprah has not or can not do well, but perhaps a lesser or unknown actress would have allowed all the space that was needed for Lacks' story to soar on screen, while allowing a newcomer's career to set sail as well. Furthermore, Wolfe's adaption largely tells Deborah's story and, while rightfully needing to be told as well, it somehow continues to leave Lacks' story as a secondary character yet again--much like the secondary character she's always played to her own immortality.

Regardless, the more Lacks' story is told in any capacity and on any platform is always a win. Knowing that many of us owe her contribution to science to our own healing or the healing of any family member or friend who's fought--and won--a life-threatening illness, is a gift that can't be measured. Henrietta may have "lacked" notoriety and fame while alive, but what we've gained from her death is too monumental to truly be contained by any medium, be it on a page or on a screen. Yet, for all she's quietly and unknowingly done to change history, she always deserves to be celebrated--immortally.