Cinematic Summer Sensations On the Horizon 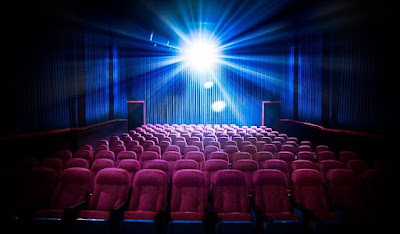 It's Memorial Day--the unofficial start of summer--and there's no better time than the present to highlight this summer's cinematic gems heading our way by us and/or starring us. Whether the horror genre is your thang or it's 70s blaxploitation (reboot) flicks that's your groove, there will be a little something for everyone coming to a theater near you offering the perfect retreat from the summer heat yet setting the screen on fire all the same. Take note, mark the dates, and get ready to be entertained!

Academy-award winner Octavia Spencer has made us laugh and cry, but her starring role in her first spine-tingling horror thriller will be sure to make us scream! Spencer plays the role of Ma, a lonely middle-aged woman who befriends a group of teenagers and lets them party in her basement. What begins as the time of their lives slowly turns into the teens' worst nightmare as Ma's friendship with her new "friends" morphs into a deadly obsession instead. Directed by Tate Taylor and co-starring Juliette Lewis and Luke Evans, Ma is noted as the first horror movie to feature a female, black lead. See trailer here.

You won't be able to physically recognize comedian Kevin Hart as Snowball--fierce white rabbit and former flushed pet--in one of the summer's most anticipated animated sequels, but his voice and, of course, humor is undeniable. Hart and all of his furry co-stars are back in the Secret Life of Pets 2, wrecking havoc yet somehow saving the day.  Terrier Max (Patton Oswalt) faces some major changes after his owner gets married and has a child creating new fears for Max's security. On a family trip to the countryside, Max meets a farm dog named Rooster, and both attempt to overcome his fears. Meanwhile, Gidget tries to rescue Max's favorite toy from a cat-packed apartment, and Snowball sets on a mission to free a white tiger named Hu from a circus. Hart again team's up with his co-star Tiffany Haddish from last summer's comedy Night School, when she stars in Pets as Daisy, a keep-it-real Shih Tzu. See trailer here.

Take a heartfelt, cinematic journey through San Francisco, when the city is used as the backdrop for a passionate and painful conversation about the impact of gentrification in Joe Tablot's directorial debut. Last Black Man, which stars Tichina Arnold, Danny Glover, and Mike Epps, centers on the efforts of an African-American man, Jimmie, trying to reclaim his childhood home, a Victorian house in the Fillmore District built by his grandfather. Jimmie Fails plays himself in the film, partly based on his life, and which won the Special Jury Prize for Creative Collaboration at the Sundance Film Festival. See trailer here.

Shaft's Richard Roundtree is still a "bad mother shut your mouth" and he's back this summer kickin' more butt alongside his nephew John Shaft II (Samuel L. Jackson) and John "JJ" Shaft Jr. (Jessie Usher). JJ, now an FBI agent and cybersecurity expert, teams up with his dad and uncle to solve the mystery of the death of his best friend who dies under suspicious circumstances. Uncle, father, and son take to the streets of Harlem's underworld to solve the crime and shake Uptown all the way up as only they can. Directed by Tim Story, and written by Alex Barnow and Kenya Barris of "black'ish" fame, Shaft also stars Regina Hall, Method Man, and Alexandra Shipp. See trailer here.

Showing for two nights only--commencing on the fourth anniversary of the tragic mass shooting with an encore showing on Juneteenth--is the documentary Emanuel. Emanuel features survivors and family members of victims recounting the events that led up to and during the June 17, 2015 Emanuel African Methodist Episcopal Church shooting in Charleston, South Carolina, committed by a white supremacist who walked into the church's bible study and gunned down nine African Americans. Produced by Stephen Curry, Mariska Hargitay, Viola Davis, and Mike Wildt, Emanuel is directed by Brian Ivie and will also be available on streaming platforms in September 2019. See trailer here.

Toni Morrison: The Pieces I Am - June 21st

If documentaries more your soul, there will not be a more intriguing subject to embrace this summer than Nobel Prize winner Toni Morrison. Directed by Timothy Greenfield-Sanders, the documentary will focus on the 87 years young literary giant's career, highly acclaimed novels, and life through personal reflection and the reflections of close colleagues and friends including poet Sonia Sanchez and media mogul Oprah Winfrey. See trailer here.

This August, real life takes its riveting place on the big screen with Brian Banks. The movie tells the true story of Brian Banks, an all-American high school football star whose life unravels when he's wrongly convicted of a crime he didn't commit. Despite a lack of evidence, Banks becomes a victim of the broken justice system and is sentenced to a decade of prison and probation. However, with the legal support of Justin Brooks and the California Innocence Project, Banks fights to reclaim his life and make his dreams of playing in the NFL a reality. Directed by Tom Shadyac, the film stars Aldis Hodge and Greg Kinnear. See trailer here.

Can you ever get enough of funny girl Tiffany Haddish? If the answer is no, you're in luck. In August, Haddish tries out her dramatic acting chops when she teams up alongside Melissa McCarthy and Elisabeth Moss as three 1978 Hell’s Kitchen housewives whose mobster husbands are sent to prison by the FBI.  Left without anything, the three ladies take the Irish mafia’s matters into their own hands to keep business afloat, proving surprisingly adept at everything from running rackets to bringing down the competition. Directed by Andrea Berloff, who co-wrote "Straight Outta Compton," the Kitchen also stars rapper/actor Common. See trailer here.

Closing out the summer on a hot note in every sense of the word is Hustlers. Starring Jennifer Lopez, Cardi B, Lizzo, and Keke Palmer, Hustlers follows a crew of savvy former strip club employees who band together to turn the tables on their Wall Street clients. Lopez plays the ringleader to the group of women who take their plans of getting what they think they deserve to the next level. Hustlers also stars Julia Stles, Lili Reinhart, and Constance Wu. See trailer here.

That's it--for now--folks. Have a Happy Memorial Day and a sensational movie-watching summer!