Black and Read All Over 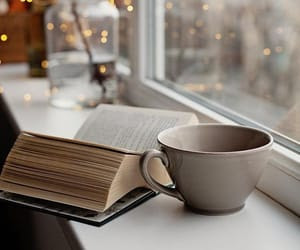 It didn't take long for the lingering summer-fall warm-front to bid us adieu and usher in the dreaded fall-winter chill. For some, this signals the start of the infamous "cuffing season." Realistically, for most of us, it signals thick socks, Snuggie blankets, tea, and a few good books. Now I must admit, thanks to a hectic schedule, my best (late) discovery or newest joy rather has been audiobooks via the Audible platform. At $15, you have a choice of one downloadable book per month plus a few free Audible-choice selections. Yet what makes the offer even sweeter: if you don't choose a selection for the month, the credit simple rolls over, in which you can amass a sizable number of credits in short amount of time. But enough on Audible. Instead, let's get into a few new (and fairly new) fiction and autobiographical releases by African-American authors sure to make you reflect, weep, and laugh your way through the cold, long winter.

The Mother of Black Hollywood by Jenifer Lewis (Memoir - 2017)

If you don't know the name Jenifer Lewis then you probably should familiarize yourself with a few of her more than 300 appearances in film and television from Sister Act to What's Love Got to Do With It to her current starring role in ABC's "black'ish" first. Reason being, the journey Lewis takes readers on from her difficult childhood in Missouri to her years on Broadway and in Hollywood all the while navigating an undiagnosed mental illness and sex addiction as well as the many, many, highs, lows (and MEN) that came with her stardom, will not only make you laugh, holla, and weep, but will make you appreciate this Black Icon even more. Lewis' is both unapologetic and candid about a life well lived while ensuring readers she's only just getting started. As one review noted, 'Mother' is written with no-holds-barred honesty and filled with insights gained through a unique life that offers a universal message: "Love yourself so that love will not be a stranger when it comes."

Shout out to my cousin who gifted me this novel in hardback form which, ironically, led to my discovery of Audible (in trying to keep up with her reading speed for our unofficial book club of two). The New York Times Bestseller, which also had the distinction of being Oprah's 2018 Bookclub Selection, tells the story of newlywed artist Celestial and young executive Roy settling into their new life together, when it is suddenly torn apart when Roy is arrested and sentenced to twelve years for a crime he did not commit. Struggling to navigate the unexpected circumstances, Celestial finds herself taking comfort in Andre, her childhood friend and best man at her wedding, while Roy grapples with life on the inside as well as being anxious about the one on the outside that's slowly slipping from his grasp. However, when Roy's conviction is suddenly overturned after five years, he returns to Atlanta to see if what he left behind still remains or if he must begin life anew. Jones' novel will elicit a plethora of emotions as readers may struggle--and at times grow downright frustrated--at some of the decisions of both Celestial and Roy, but what the novel best achieves is forcing readers to consider what would need to be done if walking in either pair of uncomfortable shoes.

Lauded as the 2018 Audible Audiobook of the Year, "Heavy" is an eloquently written, deep dive into African-American writer, editor, and professor, Kiese Laymon's complex life growing up an obstinate black son to a complicated yet brilliant black mother in Jackson, Mississippi to his rise as a tenured professor of creative writing at Vassar College. In between, Laymon chronicles his early experiences of sexual violence to his suspension from college to his trek to New York as a young academic, while navigating a never-ending battle with body acceptance leading to lifelong struggles with both anorexia and obesity as well as sex and gambling addiction. One review notes, "By attempting to name secrets and lies he and his mother spent a lifetime avoiding, Laymon asks himself, his mother, his nation, and us to confront the terrifying possibility that few in this nation actually know how to responsibly love, and even fewer want to live under the weight of actually becoming free." Feeling as if I were holding my breath throughout the entire memoir, it was not lost on me that "Heavy" never provided a moment to fully exhale, thus driving home Laymon's message that to comfortably breathe while being black in America is a near impossibility.

Before Damon Young even dropped his debut novel, I was sold on the book for both the title alone and the fact that I have been a longtime fan of his humorous essays courtesy of his website "Very Smart Brothers" shared with equally funny co-founder and friend Panama Jackson. However, I did not expect to have as many laugh-out-loud, talk-to-myself moments of the "Damon, you a whole fool for that" variety. As noted in a review of the book, "The memoir chronicles Young's efforts to survive while battling and making sense of the various neuroses his country has given him. It's a condition that's sometimes stretched to absurd limits of creating the farce where, as a teen, he wished for a white person to call him a racial slur just so he could fight him and have a great story about it; and generating the surreality of watching gentrification transform his Pittsburgh neighborhood from predominantly black to "Portlandia...but with pierogies." However, the absurdity of Young's tales does lend itself to darker moments of his life from his father's inability to hold a job thus placing the family on a long journey toward financial freedom that was never fully realized to coping with the loss of his mother far earlier than he expected. Of all of the books I read, umm, err, listened to recently, I will admit Young's is the one I recommended most to friends, in which is wasn't long before I'd get a phone call sharing my same sentiment: "This guy's a whole fool"...and yet brilliant all at the same time.

If you call yourself a fashionista or style guru yet don't know the name Dapper Dan, your credibility is mad questionable. The Harlem legend, icon, and designer put down his tailoring tools and picked up a pen to write his first tell-all of his days pioneering high-end streetwear in the 1980s, remixing luxury-brand logos into his own creative designs that would find their way on the backs and feets of black America's most popular artists, entertainers, and athletes from Salt-N-Pepa, Big Daddy Kane, and Jay-Z to Mike Tyson and Naomi Campbell. However, before Dan reinvented haute couture, his journey included that of a boy with holes in his shoes, to a teen who daringly gambled drug dealers out of their money, to a young man in a prison cell who rediscovered his self in books. Fashion icon and Vogue contributing editor Andre' Leon Talley stated, "What James Baldwin is to American literature, Dapper Dan is to American fashion. He is the ultimate success saga...he is pure American style." Here's hoping that Snuggie you wrap up in while reading this poignant memoir is as bonafide and blinged out as Dan would have it be. Bonus for audiobook readers: Dan, himself, provides the narration for the introduction of the book with the remainder of the book narrated in its entirety by actor Omari Hardwick.

Happy reading and cocoa with marshmallows toasts to you!