The Flip Side of Heroism 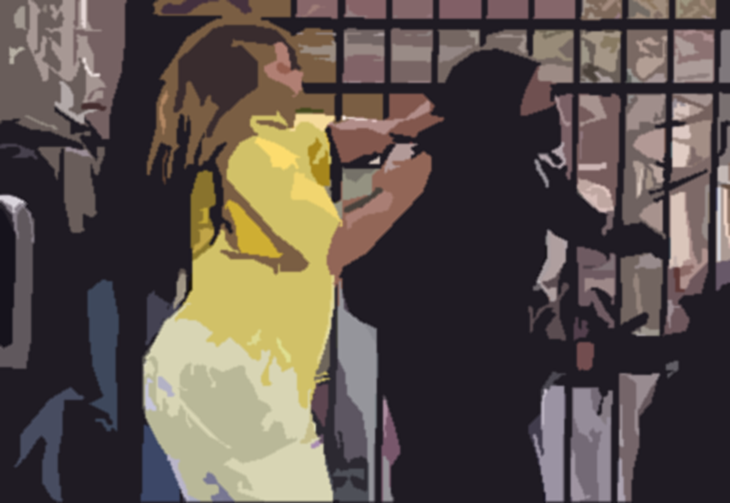 Amid the recent unrest and uprising in Baltimore City over the unexplained death of yet another young black man--25-year-old Freddie Gray--at the hands of the police, there was another situation brewing that, too, cast a young black man center stage. Along with images of burning buildings, protesters, military forces, and heavy law enforcement, every major news outlet from ABC to CNN was also running--on loop--the image of Toya Graham, a single Baltimore mother of six, who took to the streets to literally snatch her son from out of the chaos. Her act of pushing, hitting, and cursing him into submission quickly gained her the title of "Hero Mom of the Year" and the world was watching and celebrating her.

Ms. Graham's fears and frustrations were valid. It's a scary time. And an even scarier time for young black men. As she explained in countless interviews, it was that very fear that caused her to "lose it." As the youngest of six children myself, I can't say I haven't been on the receiving end of some tough discipline whether it was out of fear for my safety or simply because I had temporarily lost my own mind in how I responded to my parents. However, for days after the video of Ms. Graham surfaced, there was a gnawing in my gut that would not let me applaud her act of "heroism." I turned it over in my mind; tossed it about in my heart; and though I thought I had reached a satisfying conclusion for my unrest--fear of this moment thrusting yet another stereotype upon black mothers; fear that her actions would be used to justify the police brutality running rampant in our communities; disappointment that Ms. Graham's concern for her child was being seen as "something unique" in the black community--it wasn't until a dear friend shared an article addressing an interview Ms. Graham and her son did with Anderson Cooper in which the young man's discomfort during it was explored--that it hit me. My fear--though not the same kind Ms. Graham felt--was for her son as well. A fear that his being thrust into the spotlight would ultimately do more damage than what she was initially fearing. Because for there to be a hero, there has to also be a villain. And this young man is no villain.

In one interview, the young man--who had never been in any legal trouble--stated he was simply frustrated with the matters at hand and, arguably, much like Ms. Graham stated about herself, possibly "lost it" too. And that was simply it. Her doing what she did should have been it as well. But the subsequent interviews she accepted--most likely blinded by an intoxicating 15-minutes of fame--threatened to strip this young man of his self esteem with every camera shot. Up until that point, we had know idea who he was. Not even with footage of the incident on repeat, did we ever see his face. He was simply another teen--among hundreds that day--dressed in black and face partially obscured by a hoodie he was wearing. Yet, she introduced us to her son on national platforms without once considering the effect it could possible have on him once they returned to their neighborhood and the cameras stopped rolling. Not once did she stop to consider that in a neighborhood plagued with poverty, crime, and a lack of strong black male role models, whether her son would now be lured into the very traps she feared, in his attempt to exude or--perhaps at his young age--find his manhood (that could now be propped up as a target for the jeers, taunts, and dissection of his peers around him) by any means necessary.

The fact is we've all acted without thinking and, if we were lucky, we had good parents that cared enough about us to "get us in line." Behavior can always be corrected and this young man just had a moment. But a broken spirit and a tarnished reputation are often a tad bit harder to rebuild, and Ms. Graham, unfortunately, sacrificed both. Yes, she admitted to her initial moment of unclarity, but how she chose to capitalize on that moment was nothing to celebrate. Perhaps just knowing she possibly did the right thing for her son and then following those actions with a "no comment" would have been more heroic. But as is often said, when you know better, you do better. Here's to hoping.

In the meantime, while the city continues to sort itself out and we await justice (yet again), let's continue to pray for the safety and protection of all of our young black men, and not just their bodies but their spirits as well, as a blow to either is a hurt that reverberates throughout all of our communities.
Posted by Erica Kennedy at 12:54 PM No comments: