Sadly, 2017 just couldn't leave us without hitting us with a blow this week in the form of another lost icon in Hip Hop--Combat Jack nee' Reggie Osse'. National Public Radio summed up Osse's contribution to Hip Hop as such: "The Combat Jack Show started on a lark — with a crazy crew of sidemen including Dallas Penn, Premium Pete, an occasional Just Blaze, DJ Benhameen and producer A-King — on its way to becoming a pioneering hip-hop podcast. The show scored some of the rarest and rawest hip-hop interviews of an era when rap's center of gravity started its move toward the Internet. Ossé was able to get gems out of otherwise reserved or reclusive rappers by employing a type of interview style many emulate today. From Scarface playing guitar live and proclaiming his love for Pink Floyd to Prodigy detailing his own childhood kidnapping to J. Cole telling the story of how he wanted to sign Kendrick Lamar, listeners knew they would always get something special out of a Combat Jack interview."

On Wednesday, Osse lost his battle to aggressive colon cancer at age 53. My first thought was of course shock; but my second thought was "we gotta be more proactive with our health." I don't profess to know the details of Osse's diagnosis and subsequent treatment; however, according to the American Cancer Society, colon and rectal cancer is one of the slower progressing cancers, at times taking up to as long as 17 years before becoming life-threatening. If caught in time during a routine checkup, it's a cancer that can be treated and beaten. And that's when my third thought became one of sadness, because Osse is not alone. Hip Hop icons withstanding, each year, we lose loved ones to a myriad of treatable and reversible diseases, from complications of high blood pressure (shout out to Heavy D) to diabetes (shout out to Phife Dawg) to sickle cell (shout out to Prodigy) and of course, to cancer. Even more alarming, we lose many of our black men at a higher rate to these illnesses because, without prodding from loved ones, check ups often range from rare to, in many cases, nonexistent. 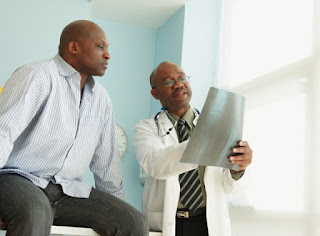 Ironically, I grew up with a father who was almost fanatic about his health. I recall my parents having a wall calendar in the kitchen noted with various annual checkups, follow-ups, lab work, and X-ray appointments. And they'd have no problem reminding each other of said dates on a regular basis. In fact, my dad was so proactive, if he had so much as a pain in his toe, off he'd go to the hospital. Therefore, I was taught the importance of managing my health very early, solidified by the fact that my father remains in good physical shape despite his 87 years. I've also been fearfully reminded of the importance of  managing my health with my own mother's passing who, on ONE rare occasion, did miss making an annual appointment that would ultimately cost her her life. Now this is not to say that both of my parents were illness-free throughout their lives, but they were fearlessly proactive to ensure they remained with their loved ones as long as they could and, in turn, set an example for their children to follow, demonstrating that striving for optimal health is just as important--if not more--than any other life goal. 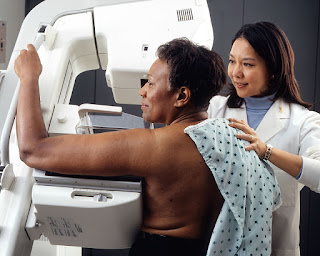 Now, I would be remiss in not saying healthcare under our current Administration is under fire and could in fact become unaffordable for many in the foreseeable future. However, what just as commonly leads to illness and often untimely deaths, is a simple fear--whether that ranges from a fear of needles to a fear of hearing "bad news." But what is much scarier is not being here for those who need us the most, especially if we have the power to do something about it. Therefore, we must make sure we're all living our best lives and that we're also accountable for those who may need to be encouraged to do the same--be it reminding our sistas to get the "tatas" checked; reminding our brothas to show their prostate health some love; or simply not skipping bi-annual dental cleanings that are often free with many of our health plans (as irregular dental hygiene has been directly linked to heart disease). 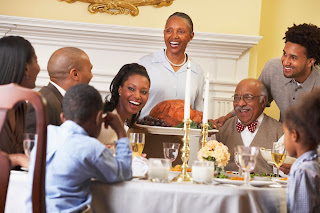 As is said, "We're only as strong as each of us united." Therefore, we must all do our part to stay as vigilant as possible about our health not only for ourselves but for our entire community, even if that means offering to accompany each other to appointments when support is needed. So, ladies, while you're washing the greens and stuffing the turkey this weekend, start the conversation with your nieces and aunts about breast health care. Fellas, while you're slammin' down dominoes, use Jack and Phife and Heavy as conversation starters with your cousins to discuss cancer, diabetes, and heart disease. Let's have the talks; let's make the commitments; let's hold each other accountable; and let's resolve to being our healthiest selves. Our lives depend on it.

Wishing everyone much peace, love, joy, and wellness this holiday season! Be blessed.