The (Not So Smart) Art of Storytelling

Everyone who knows me, knows how much I love the sitcom "Good Times." In fact, if I don't catch at least one episode per week, I'm probably ill or dead. What has always intrigued me about the 70s classic, is how its themes have managed to stay relevant despite the changing times. And to pair them with perfect comedic timing was close to genius. One episode I re-watched (for the zillionth time) last week was a perfect example of a conversation I recently had with my beautician. It was the episode where the Evans' couch caught fire and everyone had a story to tell about how it occurred; oddly, each story put the storytellers in a favorable light, even when some of the "colorful" details had nothing to do with the actual incident. In the end, Penny held the truth, told the facts, and put everyone to shame. 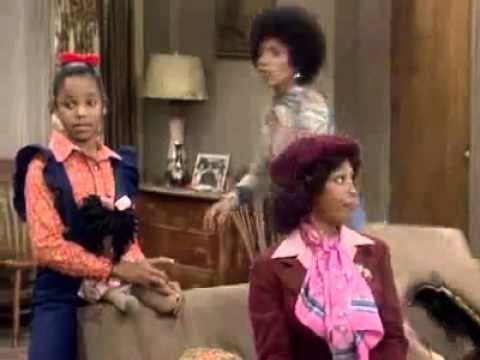 The truth. The facts. The storytelling. And the irony of how often the three can have nothing to do with each other, which leads back to my conversation with my beautician, who is as great at offering reality checks as she is at offering styling advice. Our topic of conversation during my last visit: your story is not necessarily THE story. In other words, there are times (and most often in relationships) when we have interpreted, internalized, and damn near "copy written" a situation as truth when the other person has also done the same but--most likely--with a completely different story. And, then, somewhere between the two stories lies the truth that does not concern itself with making anyone look good. Yet, it is often our own story that we cling to and file away that keeps us unable to forgive others but sometimes unable to forgive ourselves. 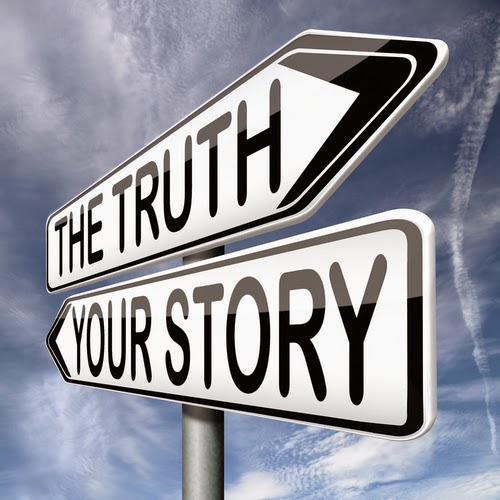 I experienced this after I had re-connected with a friend I hadn't hung out with in years. There was an incident that had occurred to which I felt I deserved an apology. It didn't come when I thought it should, so I decided to work around the situation, even though I hadn't really gotten over the situation, if you will. Yet a sporting event put us in each other's company and gave us real, uninterrupted time to talk. And what I discovered is that my remembering of what happened was so incredibly different from what they remembered, it was mind blowing. Even laughable. And in that conversation, the person even shared a dark period they were going through during that time that would have totally overshadowed them recognizing the infraction I was holding on to. In the end, the person offered a heartfelt apology and I wholeheartedly accepted it. We shook on it (literally), and have been back to our regular routine of authentically talking, as if time stood still.

It was a perfect reminder that we must be careful not to be so married to our version of any story that we keep ourselves stuck and, in turn, imprison others. Everyone's truth is indeed THEIR own truth. But in order to get to a shared truth, we have to be willing to be vulnerable enough to have those honest conversations with ourselves and with others about the hurt we're carrying in order to create a space of awareness, healing, and always growth. I'm not saying that's always easy. Often times, we are just fine living with our own version of the "truth." But for those relationships worth mending, being open to a better understanding can be invaluable, which is why I'm so grateful to my beautician for getting my hair AND my attitude right while I sat in her chair, because a reality check is always a "good look."