Review: Over the Moon, Child 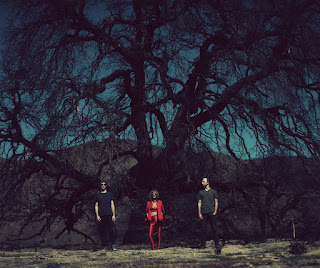 With a week until summer is behind us, I grow nostalgic about my favorite month of the season: June. Not only does it represent Black Music Month, but also the annual Capital Jazz Fest held at Merriweather Post Pavilion, in Columbia, Maryland. In addition to the beautiful weather, dope people, and lineup of award-winning artists surrounded by lush green trees and countless vendors selling items for and about Black people, the Capital Jazz Fest is a time to reconnect with "music heads" and do what we do best--eat, drink, laugh, and "put each other on" to artists we've discovered. This year's 25th annual festival was no exception, as I have a friend to thank for turning me on to what would become my "soundtrack of the summer": Moonchild's Voyager. And so I pass the musical blessing on to you.... 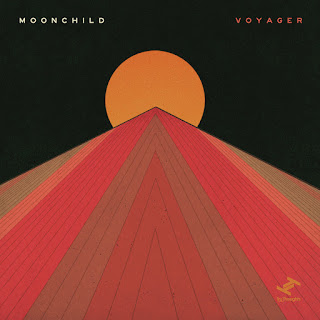 First, let's get two fun facts out of the way: 1) I all but overdosed on Voyager's Change Your Mind and The List tracks, and 2) Moonchild is of the "blue eyed soul" variety. However, in addition to the latter, they are also sexy, sassy, and intentional in their lyrics and music. A recent LA Weekly article proclaimed that everyone including Jill Scott, 9th Wonder (with whom they've worked closely), Robert Glasper, Stevie Wonder, The Internet, and Tyler the Creator are fans of the neo-Soul trio. Having met in the University of Southern California's jazz performance program, Max Bryk, Andris Mattson, and lead vocalist Amber Navran toured together as a horn/woodwind trio, with Navran on saxophone, Mattson on trumpet and flugelhorn, and Bryk on sax, flute, and clarinet. As Narvan recalled, “We rode in the car together and realized that we had the same music taste. When we were on that tour, we tried writing a song together and it was really easy, so we decided to come together as a group. It wasn’t that calculated really. We were doing well so we kept going.” (Source: LA Weekly, June 20, 2017)

In fact, lead singer Narvan does vocals "so well," you'd be hard-pressed not to compare her to Jill Scott or, perhaps more accurately, Scott's neo-Soul predecessor, Erykah Badu. Although the 14-track Voyager is the L.A. group's third album following their 2012 debut, Be Free, and sophomore album, Please Rewind, which they described as "electronic Dilla soul," for many--like myself--Moonchild is still both new and, yet, right on time. The only thing that's going to be better than keeping this trio in my musical rotation is finally seeing them live, which I'm already making plans to soon do. So, while there are still a few warm weather days left, cop Voyager, put the windows down on your ride, place it in cruise control, lay back, and go on a journey with Moonchild.