This will probably be one of the shortest reviews I'll ever write because I have so much to say about Jay-Z's latest offering, "4:44," after his four-year solo absence from our "ear-rea," that I'm honestly speechless, and have instead been reduced to .gif worthy facial expressions, ranging from surprise to pensiveness to devilish glee. Now, I'll be completely honest and say I haven't been a die-hard fan of Jay's for a while now (read: at least a decade), while remaining a pretty steadfast fan of his producers (if you really know me, that makes perfect sense). But last night, when the album exclusively dropped on Tidal, the stars aligned and gave us 10-solid No I.D.-produced tracks, revealing a more introspective, grown up and, sometimes remorseful, Shawn, gifting us with, as one tweeter wrote, "that 'i got shit to say; i ain't really come to play'" type fiyah. (And shout out to a good friend for adding me to their Tidal account recently, which obviously proved more on time than I could have predicted).

Although Mr. Carter has always kept it "real" about who he was, is, and is always striving to be, it would be accurate to say that as the commas in his bank account grew over the years, so did the divide in his relation to some of his fans. At times, it felt like he was no longer "one of us," but now a high-perched observer instead, creating what often felt like a unreachable pillar from which he sat, challenging everyone to (impossibly) de-throne him and, at the same time, try and understand him. Now, don't get me wrong, Jay is still doing much of the same, but let's just say he's climbed down long enough to let folks know, "I got it all...but I got every day problems too," which feels raw, honest, and needed at a time when much of nothing feels "real" from hung juries to diabolical Administrations.

Over hundreds of bars exploring fame, poverty, gentrification, colorism, same-sex love, financial literacy, family, marriage, infidelity, and all of the highs and lows associated with each, Jiggaman is purging while, as the young folks say, "snatchin' wigs in the process." Nobody is spared from "analysis" (read: criticism) on this album--Kanye, Al Sharpton, Bill Cosby, OJ, Eric Benet, even Jay's own mama, which means one of two things: that he is so solid in his life right now, he could care less about having any friends at all or that at 47 he simply has no time to waste in not keeping it real with anyone about any and everything--including himself. I'll go with the latter, and echo the words of comedian Chris Rock exclaiming, "I ain't saying it's right....but I understand." God bless everyone in the rap game right now and those trying to get in it, for Hov has added yet another tier to his already high pillar, while raining and reigning down on everyone in the process.

So take heart while bumpin' it at your work desk, in your car, rockin' to it at listening parties or cookouts this weekend, and relish in a bit of that ol' Jigga we all knew and loved...and are loving again. Perhaps I had more than a little to say after all...

ABFF: A Week of Love, Peace, and Cinematic Soul

For years I've talked about the American Black Film Festival. I've turned friends on to it, mentioned it in blogs, and celebrated its accomplishments on social media. However, due to a myriad of reasons from timing to work obligations, what I'd never done was experienced it for myself. That is, until last week, when I made my first sojourn to the 5-day festival and returned renewed, inspired, and invigorated.

Created by entertainment executive Jeff Friday and celebrating its 21st year in existence, the ABFF has traveled from the shores of Acapulco to the brights lights of Los Angeles to the streets of New York City to the beaches of Miami, with one goal in mind: to celebrate and promote black talent both in front of and behind the camera. Set to the backdrop of abundant sunshine and swaying palm trees, there were panels and screenings; workshops and competitions; writers and actors; producers, directors, celebrities, and up-and-comers. There were classes by day and yacht club parties by night. There were casual poolside chats and impromptu hotel lobby business meetings.  And at the center of it all, there was love: love for our people, our art, and our ingenuity.

Although it didn't take me long to be "happily overwhelmed" with things to both do and see (for example, even with a well outlined program booklet, I actually showed up one day early to an independent film screening I wanted to see. Sigh.), the connections made were equally as fulfilling. I chatted on opening night with a film veteran whose stories of working closely with the legendary Redd Foxx could have made for a movie itself; had breakfast with a writer who was working on a pilot for an inspirational TV talk show; and had lunch with an entertainment attorney, who shared her journey of leaving behind corporate America to start her own legal firm, which assists minorities with managing their projects.

I walked to a morning class with an events planner pursuing TV script writing; waited in a screening line with an independent film company owner; and chatted numerous times with a young aspiring actor from Queens, New York, who boldly proclaimed he would return to the festival next year, not as an attendee, but as a performer instead. I say, name it and claim it!

And don't get me started on the Howard University connections that were made. Let's just say us Bison were definitely here, there, and everywhere, which is not surprising, considering Mr. Friday is, himself, a Howard alum. I can't count the times I either proclaimed or responded to the classic "HU...You know" call, which even actor Lance Gross replied to, as we hurriedly passed each other in the lobby. But most appreciated was the TV executive who took a few moments out of her busy morning to briefly chat with me and, astoundingly, follow-up with our conversation by e-mail only minutes later: an interaction I found to be both surprising and inspiring, at a time when sparing a minute can be impossible for us everyday folk, not to mention the "movers and shakers." So, to say it was a week of "black people magic" would be nothing short of an understatement.

For those of us who consider ourselves "creative minds," the struggle to make connections and take art to the next level can, as is said, "be real." Not to mention it can also be daunting, frustrating, and more than a little disappointing at times. But when you're surrounded by others who share your same dreams (and fears), what you find feels like more than just a connection; it feels like family. They understand the ups and downs; the hustle and the bustle. And from the hugs, high fives, and fist bumps that strangers-turned-friends gave each other in passing within only a few days of meeting, it was all the proof needed that the dream Jeff Friday created 21 years ago is still being fulfilled today.

The ABFF serves as a reminder that we all have the power to make our dreams come true and as was once said, that when "Hollywouldn't" we have people to support us who will. This may have been my first time at the festival, but it certainly won't be my last. And one year, when I do return, I hope-- as that young Queens native said--it won't be as an audience member but as a featured artist instead. From my lips to God's ears. 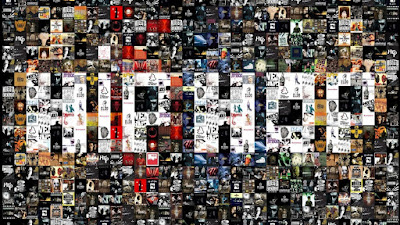 Music. If there has been one constant in my life, my love for it has definitely been it. From a singing mother, to siblings who played instruments ranging from the flute to guitar (and yours truly playing piano), to the numerous concert ticket stubs I've collected since age 9, every good, bad, and sad moment has always had a "sound" to support it. Without a doubt, music has always been the heartbeat of my emotions, whether delivered through r&b, gospel, go-go, jazz--or even a country tune here and there. And then there's that thing called hip hop....

On a recent morning commute, 93.9 WKYS' DJ Quicksilva posed the age old question--most notably asked in the 2002 urban cult classic "Brown Sugar"--"When did you fall in love with hip hop?" I smiled as caller after caller dialed into the station to enthusiastically give their answer. What was even more notable were the variation of answers that were indicative of just how long hip hop has been in the game: "Krush Groovin' was my jam" said one caller, noting that she was indeed an "old head"; "Run-DMC's 'Sucker MC's still gives him the chills" said another. "Pharcyde's 'Passin' Me By' was my joint" the next caller exclaimed, which indeed gave me all the "feels," as it marked my college years, when hip hop seemed at its most palpable. There were shout outs to "All About the Benjamins" by Puff Daddy & the Family and "Renee" by Lost Boyz. And then there were the younger callers giving a nod to Lil' Bow Wow.

The conversation definitely made morning rush hour less annoying, as I was too gone down Memory Lane to care about bumper to bumper traffic. But then I was struck with a nagging realization: I am never able to definitively answer that question for myself. Sure, there are songs that stick out in my head for various reasons, like "Faye" by Stetasonic, whose (then considered) lewd lyrics on the track and its late-night-only radio play that made us curious teenagers gravitate toward it, and Salt-N-Pepa's "My Mic Sounds Nice" because that mashup of hip hop and go-go was--and still is--rare (and you don't even want to get me started on my love for go-go, being a native Washingtonian. In fact, much respect to SNP for keeping that "marriage" going with this classic). 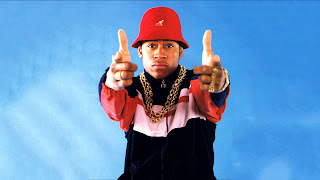 There's no defining moment or anything spectacular someone did that brings you to it. There's no exact moment when you decide to open your heart to it. You just love it and it loves you back. Yes, there may be special moments that make you appreciate its existence, but they are a part of the fabric that makes you, you--and for most of us, so is hip hop. And being a '73 baby born just around the time the genre made its debut, let's just say hip hop and I grew up and evolved together from rambunctious kid, to explorative teen, to conscious adult.

So I no longer feel odd not having an answer to that quintessential question, for it doesn't require one. Instead, and in celebration of June being Black Music Month, I rather just say "thank you" to hip hop. Thank you for always being that "ride or die" when I needed you; thank you for always providing that drive in my spirit to take on whatever challenge I faced; and thank you for being that joy that could make me throw my hands in the air, close my eyes, and shout out "Yassssssssssssssssss!" with the drop of one beat. Hip hop, you are appreciated and will forever be kin.