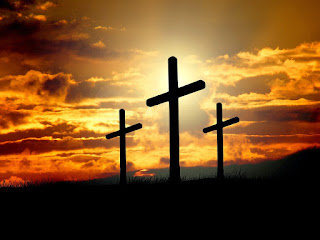 As April 1st recently marked the celebration of Easter, and the story of Christ's crucifixion and resurrection was recounted in countless religious ceremonies across the world, I was reminded that one of the most profound parts of the story in my opinion is not of Jesus' celebratory entrance into Jerusalem that marks Palm Sunday or his intimate Last Supper with his disciples or even his excruciating death on the cross thus making way for his miraculous resurrection three days later. The part of the story that tugs most strongly at my heartstrings is that of the two thieves crucified with Jesus, and in particular the extremely different choices each made in their final hours on earth. 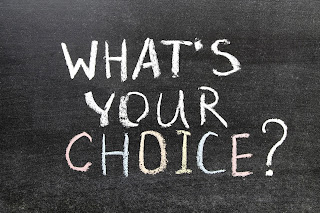 As taken from Luke 23:39-43 (NASB): "One of the criminals who were hanged there was hurling abuse at Him, saying, 'Are You not the Christ? Save Yourself and us!' But the other answered, and rebuking him said, 'Do you not even fear God, since you are under the same sentence of condemnation? And we indeed are suffering justly, for we are receiving what we deserve for our deeds; but this man has done nothing wrong.' And he was saying, 'Jesus, remember me when You come in Your kingdom!' And [Jesus] said to him, 'Truly I say to you, today you shall be with Me in Paradise.'"

Remember Me. How remarkable that in a final act of faith during the worst of circumstances, one thief made a conscious decision to secure himself an "ever after" with such a simple, yet humbling request. And how fascinating that in those few Bible verses so many themes are present: Sacrifice. Humility. Choice. Similarly, we are faced with making choices every day. Some so simple they don't require much thought beyond a basic "yes" or "no" and some so momentous they can change the entire trajectory of our lives.... 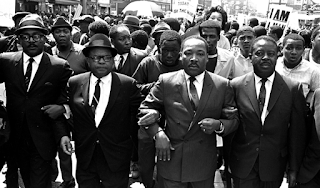 On tomorrow, April 4th, we will mark the 50th anniversary of the assassination of the Rev. Dr. Martin Luther King Jr., another historical figure who was the embodiment of sacrifice and humility, and who also made one of the greatest choices any mortal man could ever make--to lay down his life for others. I imagine when Dr. King entered Morehouse College at the young age of 15, he was dreaming of a life for himself devoid of great hardships and filled with endless opportunities that had and were continuing to escape so many in the South during that time. However, in just a little over a decade later, a 25-year old Dr. King would find himself leading the 1955 Montgomery Bus Boycott, thus definitively marking the moment when he would choose to spend the rest of his life fighting for the civil rights of a nation of marginalized people until he was gunned down at the age of 39. 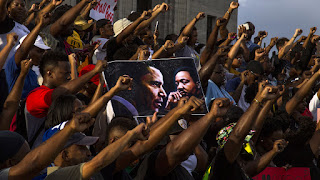 Dr. King's sacrifice is unequivocally notable, yet his name is also among a list of civil rights heroes from Malcolm X to Medgar Evers who made the choice to live and die for something greater than themselves. Although most of us will never be called upon to make such an extreme sacrifice, that doesn't excuse us from choosing how we ensure Dr. King's dream never dies, whether fighting for police accountability; gun control regulation; the eradication of economical, educational, and health disparities in our communities; or simply giving to those in need. Dr. King once said, "If a man has not discovered something that he will die for, he isn't fit to live." Making the choice to put the well being of others before self is the greatest sacrifice of love one could make, for in our fight for others, we're responding to the call of many who are simply asking "remember me." Just as most of us celebrated on Sunday that Jesus did not come down from the cross just to save himself, Dr. King did not give his life for the fight for equality to not remain a dream in our hearts and a call to action for us all. Lest we forget.

Thank you for your invaluable sacrifice, Dr. King.

Posted by Erica Kennedy at 1:31 PM No comments: