The Best in the Worst of Times 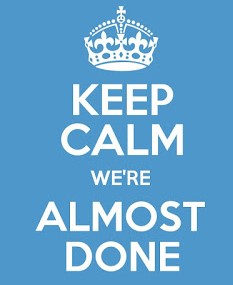 I don't believe there is a better way to sum up 2020 than with the opening of Charles Dickens' famed novel, "A Tale of Two Cities," which reads, "It was the best of times, it was the worst of times...." Whether that best was simply a reprieve from a daily work commute or the worst being the loss of a loved one, it's safe to assume, at this conclusion of the year, we could all perform a soliloquy built on both of Dickens' sentiments with the "worst of times" reigning supreme. Because of this, I won't add a monologue. Instead, I've decided to close out the year reflecting on and sharing a brief list of those things that brought me joy, laughter, or generated deep thought during this time of great uncertainty. Hopefully, as you await the promise a new year brings, these "best of" recommendations will help turn any of your frowns upside down. 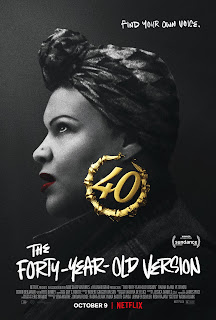 Best Movie
With the amount of movies I've indulged in during quarantine, you'd think it would be difficult to identify a "best." It's isn't. But how did I make that determination? Simple: It was the first movie that would come to my mind whenever friends would ask me for a recommendation. That movie is none other than Radha Blank's "40 Year Old Version." The semi-autobiographical flick gives the nostalgic feel of Spike Lee's "She's Gotta Have It" (thanks to it being shot in black and white) and the artistry of Theodore Witcher's "Love Jones" (thanks to its writer-based premise, dope tracks, and nuanced love story). And it's hella funny too. Thanks to Blank's honest and raw portrayal of a down-on-her-luck playwright who feels the only way she can make her voice relevant again is to become a rapper at 40, "Version" made such an impact upon its release, that it took home the U.S. Dramatic Competition Directing Award at this year's Sundance Film Festival and has garnered praise from Los Angeles and New York Times' critics. Gen X'ers will enjoy this all-to-familiar fear of a pre-midlife crisis yet be inspired to blow the dust off any dreams they may have placed on their proverbial shelf. As an added bonus, be on the lookout for your fav hip hop artists who are cast as "regular folk." Available on Netflix. View trailer here. 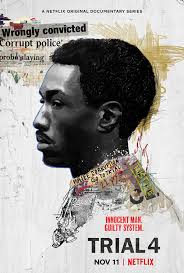 Best Documentary
There was no shortage of Netflix offerings this year and the streaming service went above and beyond in the documentary genre from its now cult classic "Tiger King" to the rebirth of the 80s hit TV series, "Unsolved Mysteries." However, none of them left the emotional stain on my soul as "Trial 4." The eight-part crime docuseries directed by Rémy Burke tells the story of Sean K. Ellis, who was unjustly convicted as a teen for the 1993 killing of a Boston police officer. While Ellis fights for his freedom thanks to a courageous defense attorney who refused to be intimidated by "the powers that be," systemic racism and corruption in Boston's justice system, political arenas, and even churches is put on full display. For persons of color, these stories are not new, but this deep-dive, investigative look at the relentless collaborate efforts across four trials to keep Ellis incarcerated despite a lack of evidence is both astounding and heartbreaking, while his ultimate redemption is empowering. Available on Netflix. View trailer here. 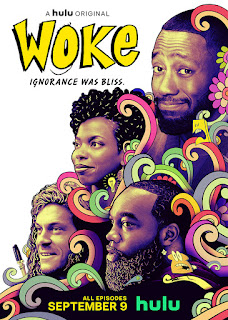 Best "TV" Series
It is often said you gotta laugh just to keep from crying. And when it came to the groundswell support this summer centered around justice reform due in part to protests over the murders of Breonna Taylor and George Floyd at the hands of the police, there was more than enough reason to shed tears upon tears. There was also more than enough reason for us to take a few minutes to breath and recharge, and HuLu's "Woke" provided the perfect relief. Co-created by Keith Knight and Marshall Todd and starring Lamorne Morris, the series loosely based on Knight's on life, follows a Black cartoonist on the verge of mainstream success who prides himself on 'keeping it light' regarding topics of race until mistaken identity lands him--literally--in the hands of police and he's finally forced to confront his "blackness." Now that Knight is "awake," it's impossible for him to lookaway from the microaggressions and blatant acts of racism confronting him daily, thanks in part to the talking inanimate objects around him that he's suddenly now able to hear thanks to his "roughing up." As crazy as it may all sound, it works due in part to the diverse cast of characters including Knight's funny, polar opposite, black and white roommates; an editor friend at a Black-owned newspaper (played by SNL's Sasheer Zamata) who's been critical of Knight's past ambivalence; an unexpected love interest; and, of course, those inanimate objects--a pen, a trash can, and a 40 ounce--voiced by comedic greats such as Cedric the Entertainer and J.B. Smoove, all helping Knight navigate through his newfound "wokeness." The series' eight episodes are extremely short but nonetheless entertaining, and the series has already been renewed for a season 2. View trailer here. 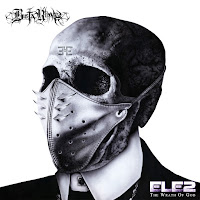 Best Album
When I was alerted that Nas' would be dropping a new album this year, I was certain this would be the "musical oasis" we needed that would give us a much needed reprieve from the chaos. While "King's Disease" wasn't horrible, it definitely wasn't "it" if you will (due to what I believe was a push for a more commercialistic approach). And just as I was prepared to return to the hip hop classics that always sustain us, boom, guess who stepped in the room: Busta Rhymes with Extinction Level Event 2: The Wrath of God. Now if there was ever a way to use the devastation of 2020 as a marketing tool for an album, this was it! Whether Busta already had this album in the works and the Universe gave him the perfect platform to perch it on or if he was inspired by the chaos that soon became our norm, I'm not sure. All I know is it was both right on time and right for these times. This sequel to 1998’s E.L.E. (Extinction Level Event): The Final World Front (which I kept on repeat back in the day) and his first studio album since 2012's Year of the Dragon, E.L.E 2 offers a variety of soon-to-be classic, base-heavy tracks and features guest appearances from a roster of musical icons including Kendrick Lamar and Mariah Carey to Q-Tip, Mary J. Blige, and Rakim with narration intervals from both Chris Rock and Minister Louis Farrakhan. We don't know how long this pandemic pandemonium is going to exist, but whether you're in these streets fighting for social justice or fighting for household supplies, be sure to rock out to Busta while you're at it. Available across all music platforms. 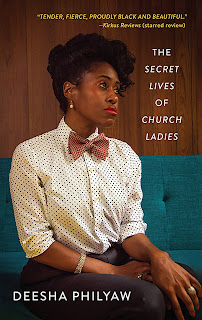 Best Book
There's nothing better than the assurance you get when one of your favorite writers whole-heartedly endorses another. That's how I felt when Damon Young from Very Smart Brothers and "What Won't Kill You Makes You Blacker" fame encouraged his supporters this summer to pre-order writer Deesha Philyaw's debut novel, "The Secret Lives of Church Ladies." If the title alone doesn't grab you, its collection of nine stories that explore the intersection of sexuality and Christianity through the lens of infidelity, casual sex, and same sex relationships will. With black women as the protagonists in each story, this finalist for the 2020 National Book Award for Fiction is an unapologetic, thought-provoking collection of short stories that capture the complexity and diversity of black women struggling to live authentically despite the religious strongholds that conflict with their desires. Grab a glass of sweet tea and enjoy. Available on audiobook, Kindle, and in paperback from Amazon here. Blogger's Fun Fact: Upon receipt of the book, my plan to read one chapter before bed turned into me completing the entire novel by 3 a.m. Enjoy. 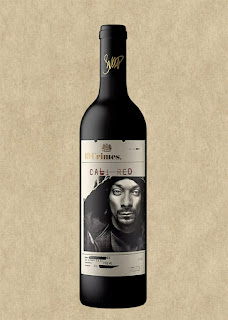 Best New Discovery
Whether we want to admit it or not, 2020 probably found us all imbibing our favorite libations more than we normally would (or should). However, with nowhere to go and streaming offerings aplenty, we sat back and toasted to the weekends and sometimes weekdays alike. And when those moments called for a smooth red, everyone's favorite nephew Snoop Dogg delivered fo shizzle with Cali Red courtesy of his partnership with 19 Crimes wines. According to 19 Crimes, the Cali Red is considered "full and dense, with strong black & blue fruit notes from the Petite Sirah, complemented by bright red, slightly candied fruit from the Zinfandel...tied together by a darkly toasted oak." In other words, it's good. Let's face it: there's not much the D-O-double-G doesn't successfully have his hand in and this bold red is no exception. Cheers! For more information, check out 19 Crimes. 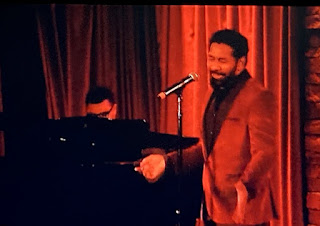 Best Virtual Experience
Apologies to all of my friends who lamented over the missed brunches, homecomings, and happy hours 2020 robbed them of. However, my greatest missed opportunity this year: live entertainment. As one of the things I love most, not being able to sit in a concert hall or jazz club and immerse myself in a live music experience was disappointing. However, thanks to the City Winery corporation's partnership with the Mandolin Concert Livestreaming Platform, music lovers were able to purchase tickets to real-time performances at a few of its seven locations. As artists ranging from Chante Moore to Keith Washington to Chrisette Michelle played to a limited in-person audience, viewers at home were able to sing--and chat--along with fellow fans for a close-to-the-real-thing experience. Of course, there's nothing like being front and center for a live performance but connect an HDMI cable to an HDTV, set the right lighting, and grab a glass of Cali Red, and you got yourself some "homemade" vibes. For more information on upcoming live and streaming shows from City Winery, click here.
Dickens would continue his famed quote by writing "...it was the age of wisdom, it was the age of foolishness, it was the epoch of belief, it was the epoch of incredulity, it was the season of light, it was the season of darkness, it was the spring of hope, it was the winter of despair.” And, yes, 2020 has delivered on all of those fronts. However, as we anxiously await that "spring of hope," I wish all of you the best of whatever those good things are you've discovered this past year that will continue to sustain, uplift, and invigorate you until we can all safely meet again. Be blessed, happy holidays, and happy new year!
Photo Credits: N/A
Posted by Erica Kennedy at 12:34 AM No comments: