The High Price of Cheap Talk 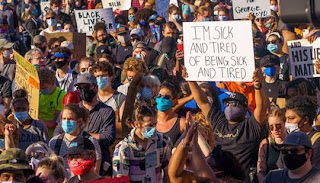 It has been a long 90 days. Period. So much so, one blog post is not enough to express the mind-numbing thoughts and feelings that have consumed me from the healthcare disparities highlighted by the disproportionate number of Coronavirus cases that more readily plagued and caused the death of black and brown persons to the systemic racism that continues to manifest in the form of police brutality (read: murder). It's safe to say our souls, bodies, and minds are tired. Tired of the loss. Tired of the cycle. Tired of the broken promises. But mostly, tired of the empty rhetoric. Tired, in other words, of the cheap talk we are constantly being fed either by law enforcement agencies and leadership figures across our local, state, and national governments. Cheap talk that has resulted in the high cost of lost lives and lost hope that has again resulted in the rallying cry for change. 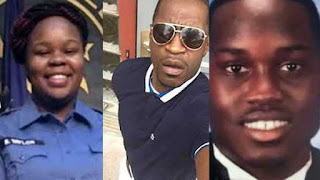 The Rev. Dr. Martin Luther King Jr. most famously stated, "A riot is the language of the unheard." And so the "shared language" that is being "spoken" in over 27 states across 33 cities, particularly in response to law enforcement's murder of George Floyd in Minnesota and Breonna Taylor in Kentucky and of white supremacists' murder of Ahmaud Arbery in Georgia, is not surprising nor new. What also is not new is the endless hours of news coverage where talking heads and politicians pontificate and postulate about what needs to be done for change and equality to be both effective and lasting. I repeat: What NEEDS to be done; not what is BEING done. It is a simple shift is verbiage that while slight is what is needed to make all the difference in the world--literally and figuratively. 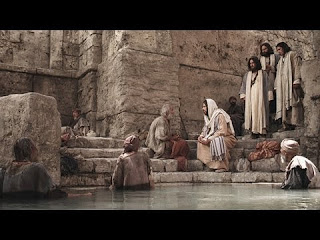 This message was driven home more profoundly for me during a recent devotional reading from John 5:1-8 when Jesus encountered the invalid man by the pool Bethesda. The disabled man had sat alongside the pool 38 years unable to be healed because no one had helped him into the healing water when it was stirred. He stated, "While I am trying to get in, someone else goes down ahead of me." Now for those who've read the story, you know how it ends: Jesus commands the man to get up, and pick up his mat and walk and, so, the man does. However, what was most notable about the passage to me was that before Jesus performed His miracle (one of many He had already demonstrated, and could and would do again), He first asks the man a simple yet seemingly obvious question: "Do you want to get well?" Now, it goes without saying, Jesus did not need the man's permission or assistance to conduct this miracle but His inquiry suggested something more: Jesus was curious as to this man's true desire for change that would be needed to accompany his new walk. After all, he had remained in his physically disabled state for 38 years. Surely someone at some point could have assisted him into the pool, no? Or had he simply gotten used to lamenting about his condition instead?

And herein lies the complexity in the collective fight for social justice that leadership must honestly ask itself: Do we, as a country, truly want to get well? There is no debating that since the inception of slavery in this country, the United Stated has profited off of the disenfranchisement of others, and there is still great profit being gained today. And so the systems that many leaders complain about are the same systems keeping those leaders gainfully employed and repeatedly elected--and that, sadly, is not exclusive to non-minorities in leadership (as is said, "not all skinfolk are kinfolk"). It is past time leadership confronts and rectifies this inner conflict with itself, but black and brown America is done with cheap talk. And so in the meantime we must continue to make our demands known and move, whether it's taking to street in protest, joining a organization for social change, donating to a bail fund, contributing directly to those organizations that are already in the fight for equality, or even registering people to vote. There has been more than enough time given to leadership for talking about what needs to be done; there needs to be more doing that starts right now. 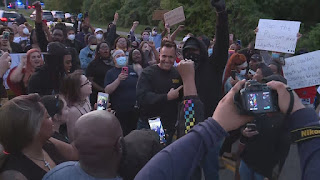 Relatively, a video went viral over the weekend of Genesee County Sheriff Christopher Swanson who did just that. Addressing a group of protesters in Flint Township on Saturday, Sheriff Swanson assured the group his officers were there only to protect their right to peacefully protest and that his officers were putting down their batons and helmets in solidarity. It was at that moment that the crowd held the officer to a higher level of accountability and began chanting for him to "walk with us." Sheriff Swanson briefly paused, considered the request, and then he did just that: an act that sparked law enforcement officers in other cities to follow suit marching, kneeling, and demonstrating to the communities they are entrusted with protecting that they are willing to "walk the talk" toward a better tomorrow. Now, we can spend time dissecting whether these officers' actions are indeed genuine or we can see it as a glimmer of hope of what it looks like when leadership stops talking about it and starts being about it. 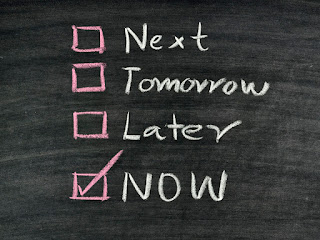 God knows we all have been guilty of lamenting over yet procrastinating about things we need to improve even in our personal lives but, similarly, if we haven't actively made one step in the direction toward change, it's all just talk. Just like the talking heads who clog up our media airwaves recounting the issues we already know exist or the celebrities who do nothing more than post countless memes featuring quotes from famed civil right leaders or the numerous television round tables asking "Where do we go from here?," time's up on talking. If change won't start with leadership, at the very least, it must end with leadership. Like Jesus asked the man at Bethesda "Do you want to get well"? If so, the answer will always remain the same: "Take up your mat...." and march, protest, engage, create, build, legislate, and get resolute about being in the trenches in the fight for justice and social change. Leadership, that means YOU.