It would've been a no-brainer to highlight the achievements of African-American women during Black History Month, but as a believer that our accomplishments should not be limited to a less than 30-day window, I'm purposely choosing to highlight three African-American women pioneers in March instead. Luckily, March is observed as Women's History Month as well, which makes it more than the perfect time to say "thank you" to these women, whom without them, our daily interactions, sense of direction, and even vision would have been greatly impaired. I present Drs. Marian Croak, Gladys West, and the late Patricia Bath. 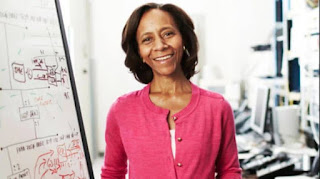 Marian Croak, a native New Yorker, is credited with developing Voice over IP (VoIP), and creating most of the methods and features that improved its reliability and led to its nearly universal adoption. VoIP is a method and group of technologies for the delivery of voice communications and multimedia sessions over Internet Protocol, such as fax, SMS, and voice-messaging. After attending Princeton University and completing doctoral studies at the University of Southern California, Croak joined AT&T at Bell Labs in 1982, where she began advocating for the switch from wired phone technology to IP. In addition to her successful advocacy, Croak holds over two hundred patents, including over one hundred in relation to VoIP. Croak also pioneered the use of phone network services for donating to crisis appeals and also for the now popular phone voting practice utilized by many television shows such as American Idol. In 2014, Croak joined Google, where she currently serves as a Vice President for Engineering, leading Google's service expansion into emerging markets. In addition, Croak led the deployment of WiFi across India's railway system, and has assumed responsibility for reliability engineering for many Google services. Croak was inducted into the Women in Technology Hall of Fame in 2013. Dr. Croak, we salute you! 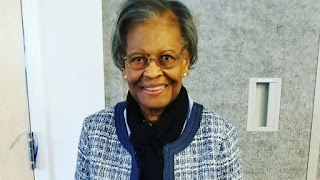 Gladys West, a native of Sutherland, Virginia, is heralded for her contributions to the mathematical modeling of the shape of the Earth, and her work on developing the satellite geodesy models that were eventually incorporated into the Global Positioning System better known as GPS. In 1956, when West was hired to work at the Naval Proving Ground, she was the second black woman ever hired and one of only four black employees. West was a programmer in the Naval Surface Warfare Center for large-scale computers and a project manager for data-processing systems used in the analysis of satellite data. In the early 1960s, she participated in an award-winning astronomical study that proved the regularity of Pluto’s motion relative to Neptune, and also began to analyze data from satellites, putting together altimeter models of the Earth's shape. She became project manager for the Seasat radar altimetry project, the first satellite that could remotely sense oceans. From the mid-1970s through the 1980s, West programmed an IBM computer to deliver increasingly precise calculations to model the shape of the Earth. Generating an extremely accurate model required her to employ complex algorithms to account for variations in gravitational, tidal, and other forces that distort Earth’s shape. West's data ultimately became the basis for GPS. West retired from Dahlgren in 1998 after 42 years, and was inducted into the United States Air Force Hall of Fame in 2018. Dr. West, we salute you! 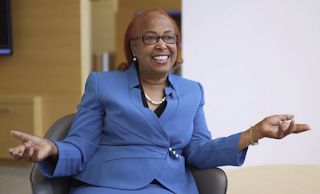 Patricia Bath, American ophthalmologist, inventor, humanitarian, and academic, is credited with being a pioneer in laser cataract surgery. A Harlem, New York native, at the age of 16, Bath became one of only a few students to attend a cancer research workshop sponsored by the National Science Foundation. After graduating from high school in only two years, Bath entered Hunter College, where she earned a bachelor's degree in 1964. She then attended Howard University to pursue a medical degree. Bath graduated with honors from Howard in 1968, and accepted an internship at Harlem Hospital shortly afterward. The following year, she also began pursuing a fellowship in ophthalmology at Columbia University. Through her studies there, she discovered that African Americans were twice as likely to suffer from blindness than other patients to which she attended, and eight times more likely to develop glaucoma. Her research led to her development of a community ophthalmology system, which increased the amount of eye care given to those who were unable to afford treatment. In 1981, Bath began working on her most well-known invention: the Laserphaco Probe--a laser technology device that created a less painful and more precise treatment of cataracts. She received a patent for the device in 1988, becoming the first African American female doctor to receive a patent for a medical purpose. She also holds patents in Japan, Canada, and Europe. With her Laserphaco Probe, Bath was able to help restore the sight of individuals who had been blind for more than 30 years. Dr. Bath, we salute you! Rest in peace.

To all of the phenomenal African-American women, past and present, who continue to create visions, chart courses, and give us voice, we salute and celebrate you!