Three Stars Take Us to the Moon And Beyond 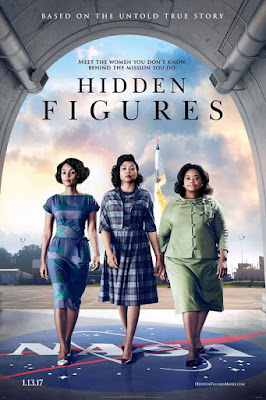 One of my first blog posts on this site was on the Academy-nominated movie, "The Help." At the dawning of the 84th Oscars, I stood on the side of those who were not too anxious to celebrate yet another movie that seemed to consistently tell only parts of our black history--parts that continuously show us in subservient instead of equally celebratory roles. Interestingly--yet, not surprisingly--in a year that finds a television series chronicling the Underground Railroad being renewed for a second season as well as the anticipated (and now controversial) fall debut of Nate Parker's "Birth of a Nation," it seems we are continuing to "shackle" ourselves to these themes. However, as I continue to stand on the side of those not too anxious to celebrate the "tried and true," I found hope in learning of a cinematic gem heading our way titled "Hidden Figures."

Starring Janelle Monáe, Taraji P. Henson, and Octavia Spencer, "Hidden Figures" tells the untold true story of Katherine Johnson, Dorothy Vaughan, and Mary Jackson--a team of three brilliant black women who, in the 1960s, helped make their mark on history by providing NASA with important mathematical data needed to launch the program's first successful space missions, all while combating racial and gender bias. Set to hit theaters in January 2017, I could not be more excited to experience this much-needed-to-be-told part of AMERICAN history, and am looking forward to what will be an "out of this world" movie-going experience. For a sneak peak of the trailer, click below. See you at the theater!