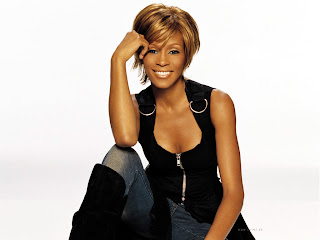 And so, this is what we can all learn from Whitney’s untimely passing: focus on the positive of a person; celebrate their triumphs and quickly forget their mistakes; pray for them as much as we praise them; and never, ever stop letting a person know they are authentically loved and appreciated. I can’t help thinking if we would do this more often with the people we encounter every day as well as with the celebrities we admire, there would be less searching in unwelcomed places, unfamiliar faces, and deadly substances to “feel” these things in a world that is quick to highlight your failures and slow to recognize your triumphs. After all, isn’t that what we all want in life and how we want to be remembered in death? Let’s not wait until someone leaves our presence to start doing what we can in the present. That is, loving each other fully, wholly, and unconditionally—every day.
Posted by Erica Kennedy at 3:21 PM