Managing Our Pain: A Thanksgiving Message 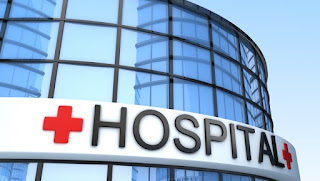 A year ago as of this month, I worked up the courage to have a medical procedure to improve my quality of life. Having consulted with several doctors as well as a few friends who had made the same decision to do so and with successful outcomes, I decided to go for it. Priding myself on being a pretty good planner, I scheduled my appointment, arranged for post-surgery home care (in the form of my oldest sister), and made sure she wouldn't starve while I recovered by buying tons of ready-to-prepare meals. In fact, I was so confident everything would go as planned, I put a pot roast in the slow cooker at the crack of dawn the morning of surgery, confident I'd be back home by 2 p.m. to turn it off. After all, this was considered in-and-out surgery.

So, hours before the sun would rise, off we headed to the hospital. Scheduled as the first surgery of the day, you could hear a pin drop in a lobby where only one other family sat in addition to my sister and I. Naturally, I was a little fearful, but confident for a successful outcome. After two hours of pre-op procedures--and a doctor who was late thanks to that good ol' DMV traffic--I was finally under and whisked away. In what seemed like a flash (but was really four hours later), I groggily awoke in recovery to the doctor, nurses, and my sister standing around my bed with news: the surgery had ultimately gone well, but I had lost way too much blood in the process and not only would I need one blood transfusion, I'd need at least two. In other words, guess who wasn't going home that day? (On a lighter note, my sister did not forget about the pot roast and had to dash home to turn off the slow cooker, as not to burn down my house. And, yes, it was tasty when we finally got to eat it.)

Recovery began, the transfusion processes commenced, and all seemed to be going well. But on the eve of the second night, I found myself in the worst pain I have ever experienced; the kind of pain where there is nothing you can do to find relief. I was up; I was down; I forced myself out of the bed; and, at one point, was actually on the floor kneeling beside it. I was a wreck, and there was seemingly nothing more that could be done. You see, the nurse had already come in earlier and asked me what my pain level was. He showed me a pain scale chart with six faces of expressions indicating comfort level, and I was to choose one. Although I was already in a fair amount of pain, I selected the face with a tiny smirk, giving the indication that I was better than I actually was. However, as the nurse would quickly surmise and state, "Ms. Kennedy, you far underestimated your pain." In other words, my not being completely honest about the state I was in, directly affected the care I was given. Luckily, the nurse was able to up my pain medicine dosage, and off to sleep I went. 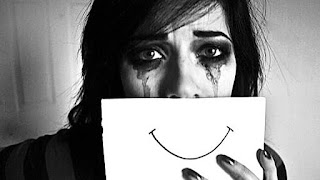 A year later, fully recovered, and grateful for a quality of life that has definitely improved, I am reminded of the experience, and a greater lesson and question that came out of the ordeal: how are we managing our pain? Not necessarily physically, but our mental and emotional pain. Are we suppressing our feelings? Masking our hurt with "hobbies" that are not serving us well? Constantly putting on the "happy face" to make others comfortable, when inside we're crying out for help? Or, even worse, dismissing depression as just "the blues"? In reflecting on the tragedies that are plaguing our society in the form of mass shootings and rising suicide rates, especially among teenagers, it is safe to say that many of us are "drowning" in the silence of our own pain--a pain that often goes unrecognized by most until it's too late. 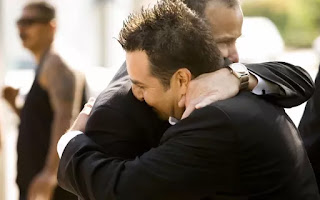 On this Thanksgiving week, however, I am grateful not only for those whose job it is to help the hurting but also for loved ones who care enough to know when something is wrong even when we passively say, "I'm fine." May we also have the courage to be more honest in asking for what we need when we're simply "not okay," in addition to being more mindful and perceptive of those around us without a "village" supporting them who, in small ways, may be silently crying out for a kind word, a hug, or some positive inspiration they may need to push through one more day. The "pain killers" we employ and masks we wear may work for a little while, but will never replace a healthy, steady dose of love, support, self-care and, at times, even medication, whether for the body or for the mind. Always remember, we are our brother's AND sister's keeper. May you have a happy Thanksgiving, and be a blessing to someone else in need as well.