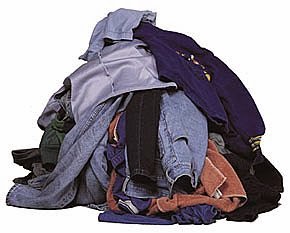 It started as routinely as it usually does. That is, my annual end-of-year closet purge that, although it takes me a while to get started, I actually look forward to for two reasons: 1) because I finally get to rid myself of clothing I've pushed around and past all year that I've either outgrown in size or in style and 2) to help increase my tax refund. And so, without much thought, I began the process of picking, tossing, folding, piling, and stuffing into bags all of those once "hot to death" outfits that at some point are simply deemed the "what was I thinking" outfits. (I'll happily note, I'm having less and less of those revelations as I get older (smile)).

There were a few laughs as I tried to squeeze into ensembles that were more revered for the events they were purchased for than for the ensemble itself. And then there were the pieces that I didn't even waste time going down memory lane for as I was never too fond of them when they were first purchased. You know how we do, ladies? "Hey, I may need this mermaid wool skirt if I ever find the right olive green boots to match!" Right. Never gonna happen. And so this process continued throughout four closets and over two days only interrupted by favorite TV shows and impromptu "refueling" naps. And then, much to my surprise, it happened: I got stuck. 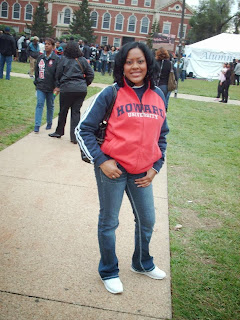 Among shoes, blouses, dresses, coats, and hats, lied a pair of jeans. Now, let me say, I love jeans but of all of the parts of clothing I buy, finding the right pair is often the most challenging and often times I simply give up and give in to those that come the closest to bringing me the "denim nirvana" I'm in continuous search of. And this inconspicuous pair was no exception. Other pairs that had made their way into overflowing bags were easier to toss for unless I brought in a team of friends and a vat of Crisco, they weren't going to make it past my thighs. But these were different. They didn't quite fit well but they didn't fit too bad either. They weren't too short and not too long, and I still found its bold stitching unique, which I recall was what drew me to them when I first purchased them some years back.

There was really no major reason to discard them, and so I put them back in the closet and continued to dig for those items that didn't require any major contemplation in ditching. But every so often I'd look over at those jeans and the contemplation would begin all over again. I'd take them off the hanger; try them on; walk back and forth in the mirror; pull them up; stretch them back down; then decide they weren't worth keeping and throw them in the pile...only to circle back and place them back in the closet. This alone was beginning to zap my energy--and slow my progress--thus calling forth one of those impromptu naps. So down I went. But before drifting off to sleep I was hit with a revelation that woke me up--literally and figuratively. My attitude towards what to do with those jeans was a living metaphor of how I--along with so many of us--approach situations in life, be it relationships, jobs, careers, or maybe even friendships. That is, we know when we've outgrown them; when they're no longer working for us, and yet we make excuses to continue in situations that simply no longer serve us. We hang on to the old instead of reaching forth for the new. Much like those jeans, perhaps it's because we fear not ever finding that "perfect fit" or because we try to convince ourselves that in time, perhaps, we'll simply learn to be comfortable in them. But, as often is the case, we're simply just left feeling stuck and uncomfortable, until we make the hard decision to shed the old and step boldly into the new. 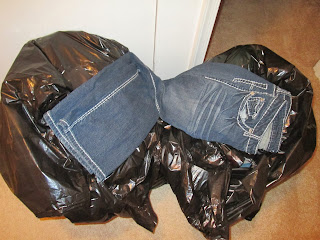 And that's when I knew what I had to do. Not just with those jeans but in my approach to any of life's offerings heading my way. In other words--and to remix the great late Johnnie Cochran's famous quote-- "If it don't fit, it's time to split." That's when I sprung up from the bed, yanked the jeans from across its hanger, and tossed them atop some Hefty bags. Was there a tiny bit of apprehension still lingering in doing so? Of course, as there will be with anything we leave behind in making the decision to press forward toward something new. But the joy I felt in knowing my actions were actually a part of a bigger picture and a greater awareness, let me know it was worth it! And more importantly, as I embark on a new year that I pray presents me with more opportunities for growth and discovery, it was the perfect reminder to shake of the dust of complacency and begin to make room for genuine gratification, which can only be found when we dare to step out of what feels "just okay" and search for our "perfect fit." Happy New Year, everyone! 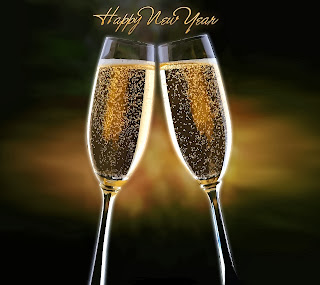 Posted by Erica Kennedy at 2:49 PM