Numbers Don't Lie...But Do They Matter? 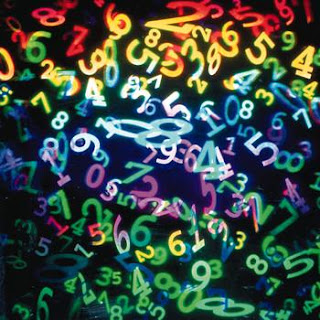 70% of black women won't marry...50% of marriages end in divorce...African-Americans account for 44% of all new HIV cases...80% of Americans are in debt. The numbers game is playing out everywhere. And it's obvious we are a nation obsessed with, fearful of, and controlled by statistics. Not saying these numbers aren't true, but I've come to realize that focusing on them has done very little to create a shift in our relationships, health, or wallets. The most it's done is cripple our hope and create a wealth of fear. And any psychologist or spiritual healer will tell you, fear and growth cannot exist in the same space.

In fact, I've come to realize that one example of a good relationship can spark more hope for a couple's love life than a zillion articles telling them what they're doing wrong. Seeing one friend slow walk their way out of debt (and be willing to share about it) creates more encouragement for a person facing foreclosure than a thousand CNN "Debt in America" specials. And one guy telling his buddy he gets tested annually (and encouraging him to do the same) can provide a better wake-up call than a million "scary" stories related to the disease. Don't get me wrong: our community still NEEDS this kind of activism and those who go out to do so are truly our faceless heroes. But I also realized it wasn't until the message shifted from "AIDS Can Kill You" to "We Are Greater Than AIDS" did the sting of fear diminish to where the desire to be more conscious and proactive grew. Is some cases, getting tested even became "cool."

It is said that only .02% of high school basketball players make it to the NBA. Yet, for the countless number of young boys that wake up every day motivated by that dream, statistics don't matter. All most have is one favorite player to emulate or one good mentor that believes in them to provide enough hope to carry them through each new day, whether they're growing up in the suburbs of Los Angeles or the inner city of Chicago. Hope. That's it. And that's all most of us need for there to be a shift in thinking that manifests change.

Not statistics, not horror stories, not hours upon hours at happy hours with girlfriends declaring, "Chile, there ain't no good men left." Not stories telling us that every other house on the block is being lost and unemployment is at an all-time high. And not article after article declaring the new death toll of African-Americans is rising. If there was enough hope to sustain our ancestors and lead them through a wretched 400 years, surely there's enough to lead us to happy relationships, good health, and hearty living.

So, you can choose to let your life be influenced by negative numbers or you can choose to let your life be shaped by positive thinking. The choice is yours. The focus is yours. And hope is there for the taking. Look for it. Find it. And hold on to it. And when you believe it and it begins to transform your outlook and thus your life, don't forget to be that hope for someone else. That's what will make the difference that leads to change. Not fear. But hope. And that can not be measured.
Posted by Erica Kennedy at 7:15 PM