Are We Still Slaves to the Industry?

On February 23, 2012, I wrote one of my first blog posts highlighting my lack of support for the Oscar-buzzed "The Help." Many did not share my views, which was both not surprising or of concern to me. For many, simply seeing "us" celebrated for our work on the big screen was enough. It was not for me then and it's not enough for me now. 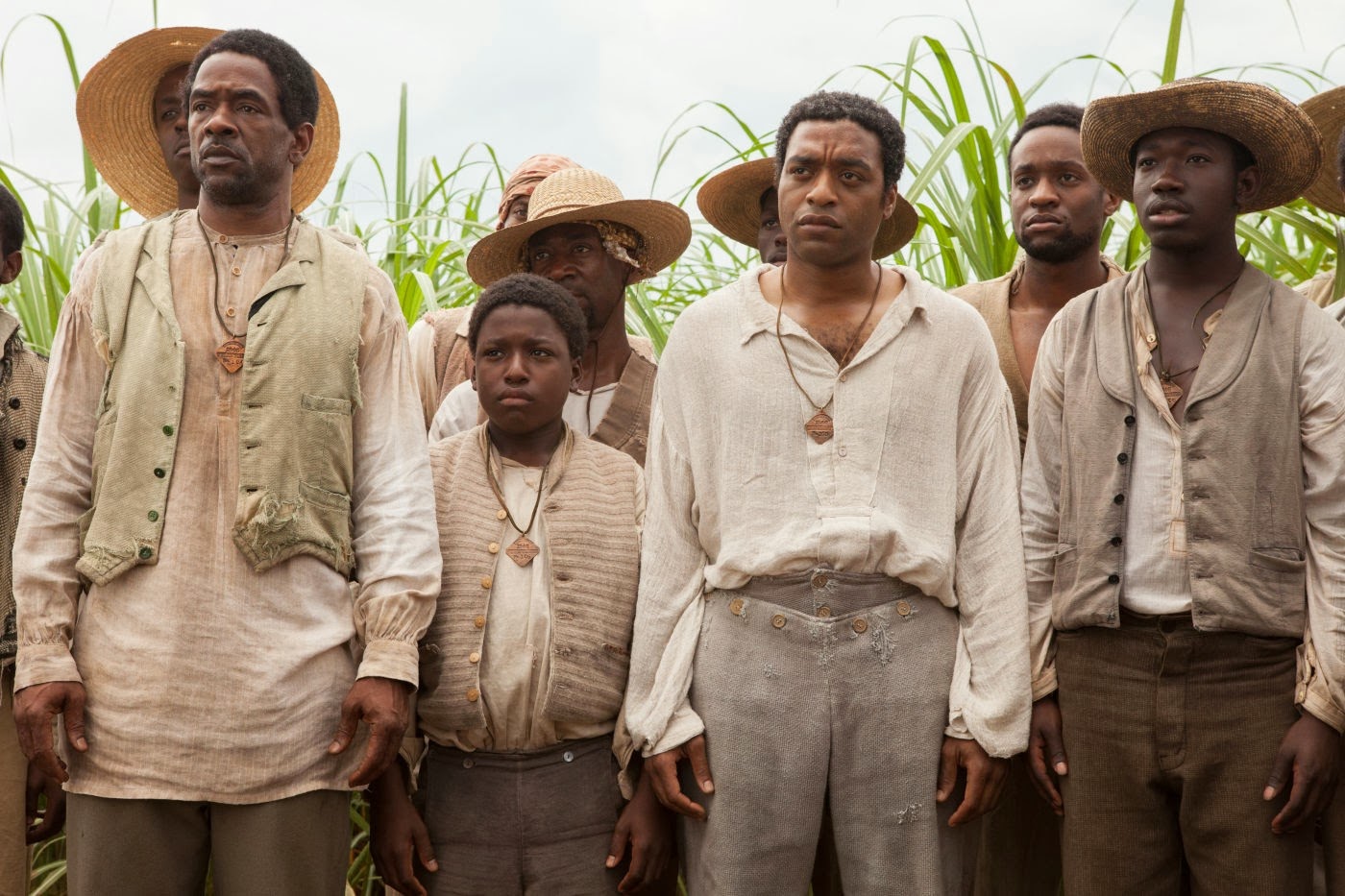 Fast forward to March 2, 2014 and I realize I could have simply done a "search and replace" in my blog post, inserting "12 Years a Slave" where "The Help" appeared; replaced "Lupita Nyong'o" where "Viola Davis'" name was written. Let me start by saying, I've seen both movies; I see almost all movies that highlight some form of the African-American experience, be it a comedy, romance, drama, or thriller. So, I'm not speaking from the sidelines when I express my frustration. I also want to state both movies I've referenced--again, much like a lot of our movies--were indeed well acted, well directed, and well written.

My angst is also not in the highlighting of the slave experience. There is no shame in that. It's very much a strong fiber woven into this country's fabric that has also created the strength and fortitude that many of us depend on to rise each morning, God bless our ancestors. And it's not the depiction of us in domestic roles that make me uncomfortable. The very shoulders on which I stand were once bent at times to scrub many a floor or toil in the fields picking cotton. And not generations removed; more like one generation before me as in my own parents. I am very much in touch with our diverse experiences and will always celebrate every facet of that. So, what is my frustration? That when it comes to those diverse experiences, it appears that it is those that show our people in our most toiling, subservient, troubled, and painful periods of history that are most often chosen to be highlighted and "awarded" the highest honor. And, almost as if on cue, "we" celebrate. Well, not I, because there is simply far more to us to than just that. Far more triumphs; far more periods in history; far more pioneers; far more "game changers," for which the surface of these stories have not even been scratched or given the opportunity to be told. 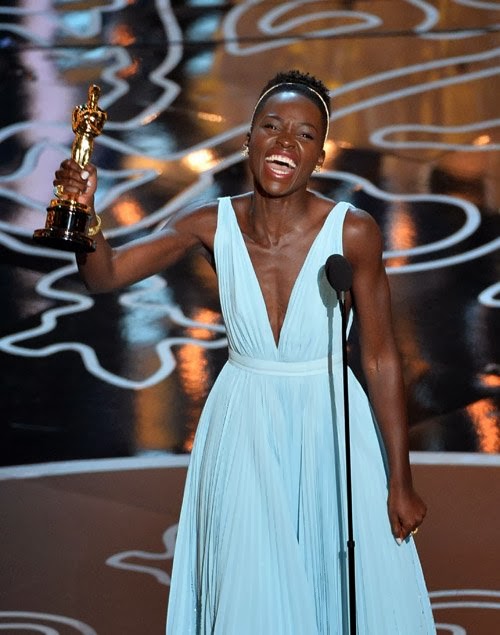 At the center of much of this year's Oscar buzz was "12 Years a Slave," but more so, its breakout star Lupita Amondi Nyong'o, a gorgeous, Kenyan, Yale School of Drama graduate and, from what we've seen on the big screen, a phenomenal actress. Whether or not she earned her award is not in question. Whether or not we'll see her honored in such a way again for more diverse roles, could be. And that, too, is where even more of my frustration lies. Viola Davis--herself a student of Julliard--has over eight theater credits; 30 television credits; and 30 motion pictures credits under her belt and, yet, "the world" first took major notice of her for her performance as maid Aibileen Clark in "The Help." Although it was her co-star Octavia Spencer who walked away with the prize that year for portraying her in-your-face best friend, Minny Jackson, she too has been in the television and movie game since 1996. Same for "12 Years" star Chiwetel Ejiofor, whose education in the arts, and television and film credits span 17 years and are just as varied as the roles he's played and alas. If you're still "asleep at the wheel" in light of these parallels, it might be time to wake up. 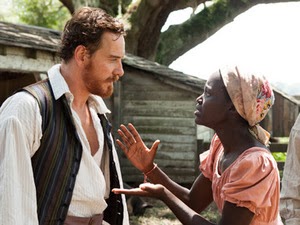 At the recent Essence Black Women in Hollywood Luncheon, Lupita gave a heartfelt, poignant speech about color in Hollywood, but more so about how she saw herself as not beautiful until feeling validated by the images of supermodel Alek Wek and the praise lavished on Alek by Oprah Winfrey. She also spoke about herself receiving a letter from a young lady who, too, did not feel beautiful until finding validation in seeing Lupita herself shine. (See speech in its entirety here) Standing as such a beacon of light and hope for those who've felt unseen in the shadows was enough for many to celebrate her Oscar win, and I in no way will diminish that immeasurable impact. But many of us know Lupita was beautiful long before those covering the red carpet "told us" she was or before the magazines considered her a thing of beauty. And she was talented long before she draped herself in the role of Patsey. And so, it is with reservation that I celebrate because buried in the thunderous applause is still Hollywood's quiet whisper that that kind of beauty is only accepted when portrayed a certain way. That is not how I want Lupita to be celebrated. Let her play lead detective in a mystery; let her be the love interest in a romantic drama; let her be the CIA agent in a thriller and then be awarded for it, for in doing so, she will truly show those looking up to her that not only is her beauty valid, it can capture and mesmerize every camera angle and bring to life any script. 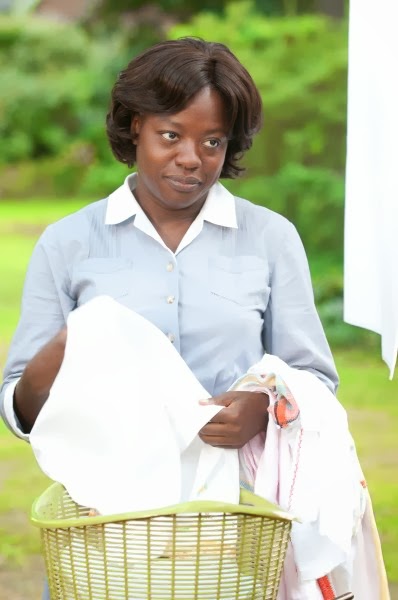 Sadly, in a sit down interview with Oprah about race in Hollywood, Viola Davis painfully admitted no one would ever call her to play the romantic lead in a film and, so, a lot of actors like herself have to take the kind of roles like that of Aibileen and Minny. I disagree. There is nothing that ever HAS to be done, especially if your purpose is rooted in being a part of a catalyst of change that is greater and longer than 15 minutes of fame. I suspect Viola had her own "come to Jesus" moment after that interview with Oprah and after a year of convincing anyone that would listen that there was nothing wrong with characters like hers portrayed in "The Help." In a CNN interview last year she stated the following:

"I’m tired of that,” Davis told CNN of playing housekeeper roles. “We played – me and Octavia [Spencer], Aunjanue Ellis, Roslyn Ruff – we all played maids in ‘The Help’ and it was fabulous, it’s a fabulous story because we were personalized and all of those things, but I think that people need to see an African-American in the 21st century integrated in the life of this town and family who’s not in servitude."

I'm happy that Viola is tired. So am I. I just wish a few more of us were as well. If we want Hollywood to start noticing--and recognizing--us for the diversity that we bring to the screen, then we first must collectively get away from the "I gotta work" mentality and reignite the spirit of those before us who effectively created change in this country by standing together such as during the Civil Rights era. When the Montgomery Bus Boycott "rolled out" in Alabama, it rode free of one face of color until change rained down on everyone. And the same can be done again if actors and actresses would be less focused on their personal destinations and instead was focused on moving us forward collectively. 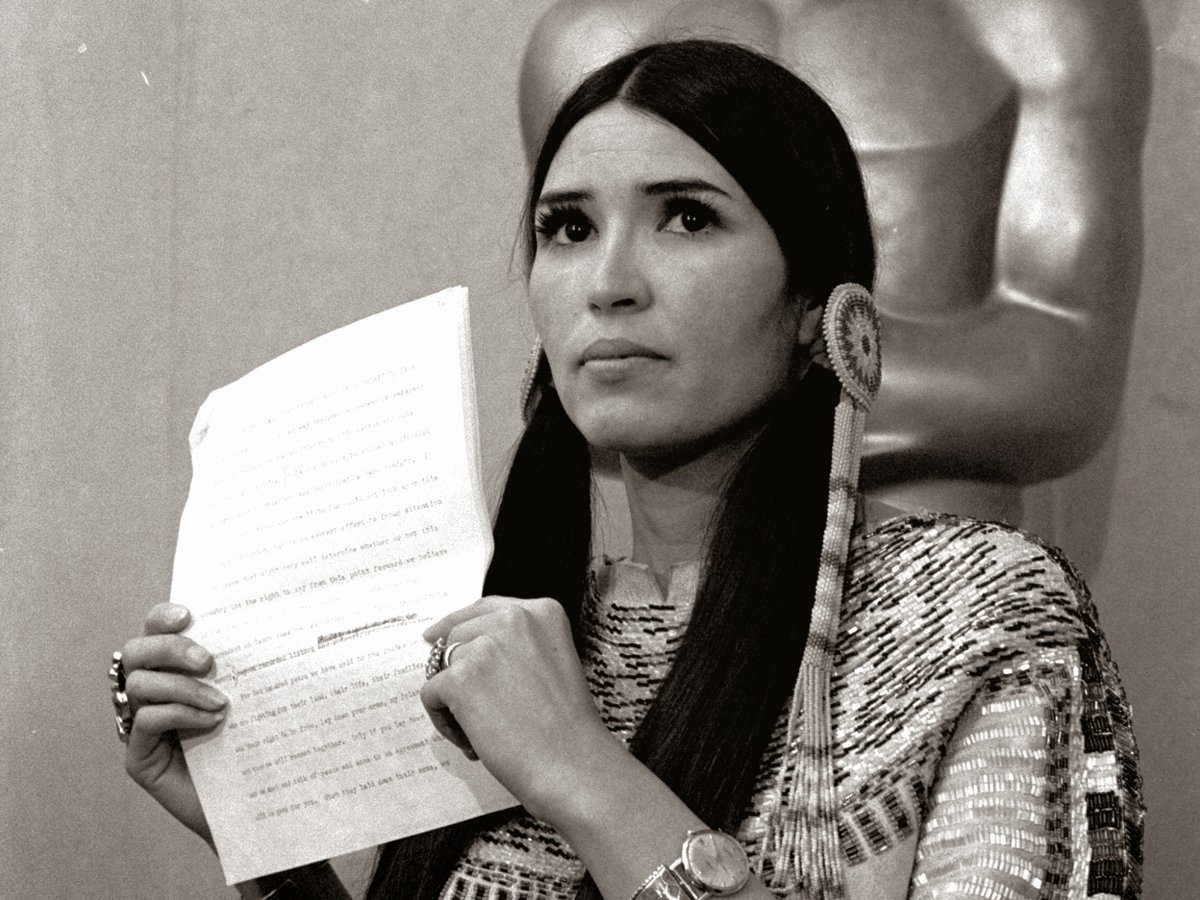 A friend recently made me aware of the 1973 Academy Awards in which Marlon Brando was nominated and ultimately won the Oscar for his performance as Vito Corleone in the critically-acclaimed "The Godfather." He did not come to the Oscars nor did he accept his award. Why? Because he chose to protest the treatment of American Indians by the film industry instead, for in 1973, Native Americans had virtually no representation in the film industry and were primarily used as extras whereas leading roles depicting Indians in several generations of Westerns were almost always given to white actors. Brando felt they were not only neglected or replaced in film; he felt they were disrespected as well, and that crippled his image of the industry. But his protest was not a silent one, for in his place, he sent little-known actress and then-president of the National Native American Affirmative Image Committee, Sacheen Littlefeather, in his place to deliver his words. Were they well received? No. Did he care that they weren't? I'm sure he knew they wouldn't be. And yes his act is considered one of the most powerful moments in Oscar history, as it did awaken a consciousness that resulted in eventual change. For Brando, taking a stand for something that he believed in was far greater and more impacting than that 13.5-inch, 24-karat gold symbol that screams "I've arrived"...by any screens necessary. That was in 1973. It's 2014. The question remains, is there anyone willing to take a similar stand?

Therefore, while I can acknowledge these winners' personal triumphs--and even more importantly, the triumph of our ancestors like Solomon Northrup's (the subject of "12 Years")--I'm not ready to celebrate wholeheartedly just yet. Our experiences are as diverse, beautiful, and complex as we are as a people. Not saying that in the Academy Award's 86-year history we have not been recognized for roles that showed some of that diversity, but it has been way too far and few between for any of us to think the battle has been won. And until that diversity can be consistently highlighted, celebrated, and awarded, the fight for equality in Hollywood is far from over and cannot be properly measured or dismissed when one of us gets to hold that cold medal in our trembling hands. Our place in Hollywood has always been and continues to be about more than just a paycheck or how many zeroes we can negotiate because we place the auspicious title of "Oscar-nominated" or "Oscar-winning" before our names. As Helen Martin told Robert Townsend in "Hollywood Shuffle," "There's work at the post office." And if that's where our actors and actresses have to find themselves standing until they're given fair opportunities to showcase the wide range of their acting ability and are properly recognized and celebrated for it, it might be time to buy some comfortable shoes.